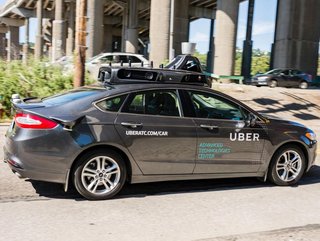 Uber had fired the engineer responsible for its self-driving car, after he was accused of stealing secrets from Google-owned Alphabet. Anth...

Uber had fired the engineer responsible for its self-driving car, after he was accused of stealing secrets from Google-owned Alphabet.

Anthony Levandowski previously worked on developing the self-driving car technology at Waymo, owned by Alphabet. He is now accused of stealing 14,000 confidential files before he left the company in 2016.

Uber has denied using stolen technology, and maintains that the technology it is using is different from Waymo. It has said that the claims that employees were bringing files to Uber to copy were ‘false’.

Levandowski declined to testify in the case, and his firing was confirmed by an Uber spokeswoman.

He started working for Uber in August of last year, when it bought his self-driving truck start-up Otto, which he had created in the six months after leaving Google.

A spokeswoman for Uber said the firing occurred after Levandowski failed to meet the deadline that would allow Uber to cooperate with the judge’s order.