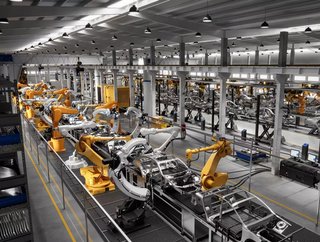 On average, UK manufacturers spend more than £2.5mn on correcting errors when building a new or upgrading an existing manufacturing site, errors, Visual Components says, should have been spotted at the design phase.

97% of decision-makers reported that their organisation has made at least one mistake when it came to implementing robotics or automation.

Visual Components’ study revealed that mistakes and/or associated downtime in manufacturing processes would typically cost a manufacturer £98,000, with 2% citing over £1mn.

“Our study results show that with an average of £2.5m spent on correcting errors in the building of new or upgrading manufacturing sites, organisations need to adopt simulation software to better visualise a project during the design phase and ensure costly mistakes don’t occur,” Said Steve Morris, Country Manager UK & I at Visual Components.

The Importance of Simulation Software

The study found that 59% of these mistakes or faults could be avoided with the use of simulation software by increasing visibility for manufacturers. This is further supported by 30% of respondents who highlighted that errors in implementing robotics or automation were due to focusing on the wrong area or process, which resulted in the problem being left unsolved.

Visual Components reflects on the current industry landscape in which these costly errors, arrive at a time of high external cost pressures. 17% of organisations reported that BREXIT, COVID-19 and the inability to secure funding as the primary challenges when it comes to upgrading an existing manufacturing site.

In addition to this, 19% identified cost management ad an important technology in the building and/or redesigning of factories of the future.

Who is Visual Components?