US manufacturers in China are thriving but cautious, says AmCham Shanghai 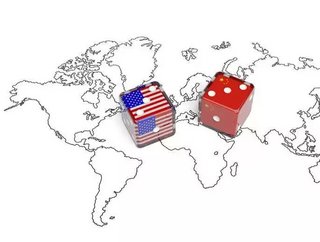 AmCham – The American Chamber of Commerce in Shanghai – has revealed the findings of its annual China Business Report; while there has been a reboun...

AmCham – The American Chamber of Commerce in Shanghai – has revealed the findings of its annual China Business Report; while there has been a rebound in manufacturing, companies are cautious about the future due to China’s business policies favouring domestic firms. New cybersecurity rules further complicate existing regulatory hurdles.

The report is based on the results of AmCham Shanghai's 2017 China Business Survey which was undergone with support from PwC China, one of the longest running surveys of US business in China. This year 426 companies responded to the survey, which included questions about company performance, investment, operational challenges, hiring conditions, and regulatory and trade policy.

American businesses have experienced a boost in success thanks to last year’s economic stimulus and continued stability in the run-up to the 19th Party Congress. Manufacturers saw profits improve after struggles in 2015, and most US companies have remained profitable for the past year.

However, 60 percent of respondents reported that China’s regulatory environment lacks transparency, and the most restrictive regulatory hindrances include lack of IPR protection and enforcement, obtaining required licenses, and data security and protection of commercial secrets.

Ker Gibbs, Chairman of AmCham Shanghai, said: "Most American companies are prospering in China, and we hope this trend continues. However, companies are cautious about the long-term, with many unsettled by a regulatory environment that continues to favor domestic firms. In sectors like network security this bias is especially acute, limits Chinese consumers' choice, and deprives them of best-in- class products.

"American businesses will continue coming to China, but if China wants to keep foreign jobs and investment, it should pay more attention to those companies' concerns."

AmCham Shanghai President Kenneth Jarrett believes that the government still needs to address deeper economic problems and let market forces determine which industries succeed: "AmCham members benefitted from the economic stimulus of mid-2016, and many industries were more profitable than they were in 2015. Revenues have also recovered. However, short-term stimulus packages won't solve China's deeper economic problems. The government needs to get serious about economic reform and let the market decide which industries succeed.

"American companies in China are not afraid of local competitors, but they want to compete on a level playing field. This will only happen if China eliminates market barriers and provides a transparent and stable regulatory framework for everyone. Otherwise, calls for reciprocity in US-China trade will get louder."

Mark Gilbraith, Management Consulting leader for PwC China, highlighted the issue of economic reform while also suggesting that US firms are adjusting their business models to become more responsive to market changes. "While US companies in China are feeling mounting pressure from headquarters to drive growth, they are also facing an increasingly complex China policy and business environment. Without doubt, economic reform is a necessity for American firms to sustain investment and operations in China. In the meantime, they are focused on removing commercial barriers by structuring organizations that are agile and market-responsive.”