Why contractors must take responsibility for drug testing of employees 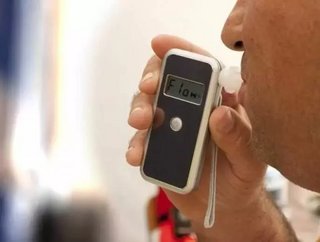 Many industrial organisations make use of contractors to fulfil certain aspects of their operations. The contractor sends their employees to report to t...

Many industrial organisations make use of contractors to fulfil certain aspects of their operations. The contractor sends their employees to report to the client’s site to fulfil their duties, yet these employees are not part of the industrial organisation. To avoid time wasting and having to deal with contractors whose employees are reporting for work under the influence of alcohol, many companies have now made it the responsibility of the contractor to test their own employees prior to arriving on site and to ensure that they are not intoxicated when clocking in for work at the client company’s premises.

Subcontractors employees who test positive for alcohol and drugs on industrial sites are typically blacklisted from the site for up to five years and after a number of strikes the company themselves may be blacklisted.

As the site owner is liable for any accidents or incidents that occur on its premises, it is vital for contractors who work with them to conduct alcohol and drug testing on all their own staff.

The compulsory testing should takes place daily using a high speed breathalyser, prior to the client company performing its own tests. Generally, the client may also perform random tests during the work day and post-accident tests to ensure that alcohol was not a factor in causing the accident on the site.

The benefits of contractors taking responsibility for the testing

Performing regular alcohol and drug testing on employees can help a company lower its accident rates and reduce financial losses associated with these accidents.  It also lowers absenteeism rates and reduces alcohol abuse in the workplace, leading employees to perform their jobs more effectively.

For many companies, the mandatory requirement for contractors to test their employees before they go onsite has also dramatically reduced the number of workers who arrive at work under the influence of alcohol. By testing their own employees before arriving at their contracted site they are able to stop intoxicated employees from ever trying to enter the main contractors site, they can deal with the problem internally and avoid being blacklisted from the site. This is also a great benefit for contractors, as they are typically small companies who rely on skilled personnel to fulfil their contract and cannot easily replace their employees should they test positive at the client site.

It also costs time and money for a contractor to prepare new staff members to qualify to enter an industrial site, as they have to go through medical testing and safety training. This makes it even more difficult to replace an intoxicated employee.

How to choose a quality breathalyser

It is vital for contractors to invest in reliable breathalysers that can test quickly and efficiently so they can test as many people as possible. It is important to purchase business equipment as an investment, rather than buying the cheapest model, as a less costly model may malfunction or break more often, costing time and money in repairs.

Cheaper models may also stop working after around five hundred tests, requiring them to be recalibrated, whereas a quality model may perform at least ten thousand tests before it needs recalibration.

The breathalyser should also be SABS approved and use an electro-chemical fuel cell sensor, as it provides the most reliable readings and is favoured by the Commission for Conciliation, Mediation and Arbitration (CCMA) and the labour courts when there are disputes.

Rhys Evans is MD of ALCO-Safe