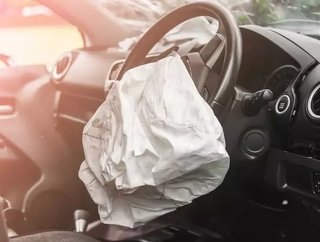 The notorious Takata airbags, which spray life-threatening shrapnel when deployed, are continuing to prove problematic. Thanks to unstable explosive ma...

The notorious Takata airbags, which spray life-threatening shrapnel when deployed, are continuing to prove problematic.

Thanks to unstable explosive material contained in the airbags, 19 people have been killed by the Takata technology, and the Australian government is taking a stand. While it has not yet clarified the action it will take to combat the problem, it is planning to enforce a compulsory safety recall in order to replace all remaining Takata airbags in the country.

3.3 million vehicles in Australia were affected by this faulty technology, and only 950,000 have been replaced. That leaves 2.4 million drivers still at risk. The government wants all of these cars to have replacement airbags installed by the end of 2020, and some manufacturers are beginning to take extreme measures to chase down customers ignoring the recall notices, such as hiring private investigators.

Honda has had the most success with replacements, having fixed 650,000 affected cars – 80% of its total. While manufacturers can replace the airbags at almost no cost, the challenge appears to be in convincing customers that the service is free of charge to them.

Michael McCormack, Small Business Minister, stated in a joint statement with Paul Fletcher, Minister for Urban Infrastructure: “As Minister responsible for Consumer Affairs, my number one focus is on product safety.

“I have been working closely with my colleague, the Minister for Urban Infrastructure Paul Fletcher, to strongly urge dealers and manufacturers to replace Takata airbags as soon as possible, but these Alpha airbags need to be replaced immediately given the significant safety risk they pose.”

The Alpha airbags pose a particular threat, which are more volatile than other types. 51,000 are still on Australian roads.