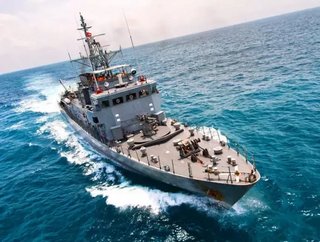 The British defence and security manufacturing company, BAE Systems, has won the contract the build nine warships from the Australian government. The A...

The British defence and security manufacturing company, BAE Systems, has won the contract the build nine warships from the Australian government.

The dubbed Hunter class warships will be developed in Adelaide, creating 4,000 jobs in Australia, the Turnbull government announced.

Mathias Cormann, Australia’s Finance Minister dubbed the warships as “one of the world’s most advanced anti-submarine frigates”.

“It will create about 4,000 jobs, and it will secure a sovereign naval shipbuilding industry here in Australia for decades to come,” Cormann continued to Sky News.

“The Hunter class will have the capability to conduct a variety of missions independently, or as part of a task group, with sufficient range and endurance to operate effectively throughout the region,” the nation’s government stated.

“The sheer scale and nature of this contract puts the UK at the very forefront of maritime design and engineering, and demonstrates what can be achieved by UK industry and government working hand-in-hand,” stated the UK’s Prime Minister, Theresa May.

“We have always been clear that as we leave the EU we have an opportunity to build on our close relationships with allies like Australia.”

“This deal is a perfect illustration that the government is doing exactly that.”