GMB continues to call on May to support Bombardier workers 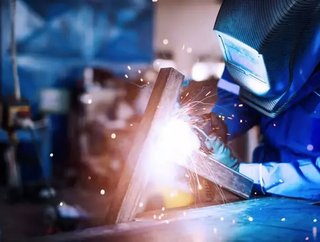 GMB, the union for aerospace workers, is asking Prime Minister Theresa May to support Northern Irish workers, particularly after she herself looked to t...

GMB, the union for aerospace workers, is asking Prime Minister Theresa May to support Northern Irish workers, particularly after she herself looked to the nation for support when her leadership was threatened.

The group warned the Labour Conference yesterday that the ongoing Bombardier crisis could lead to a loss of 14,000 jobs, and Neil Derrick, speaking at the Brighton Centre, is asking the UK government to stand up for Norther Ireland.

"Our members working at Bombardier in Belfast face a triple whammy with the attack by Boeing; a move by Boeing which in seeking to apply punitive tariffs from Trump’s administration could push the business to the brink.

“Boeing are pushing for an 80% penalty tariff – that’s an additional $15 million dollars on the cost of each C series plane sold to Delta Airlines in the U.S.

“The consequences would be dire. Bombardier is Northern Ireland’s biggest manufacturing employer. One where we have already seen over 1,000 job cuts in the last year with 95 job cuts announced earlier this month. The C Series order have some real hope of job security to our members there.

“Of course it isn’t just the jobs of the 4,500 people directly employed at Bombardier that are at risk. If it falls then the domino effect could wipe out another 9,400 jobs in the supply chain. That’s 14,000 good skilled, well paid, unionised jobs in jeopardy. It would be a hammer blow to Northern Ireland’s economy.

“Comrades, Theresa May went running to Northern Ireland and the DUP when her job security was threatened. Well, workers in Northern Ireland now look to the Prime Minister to protect theirs.”​