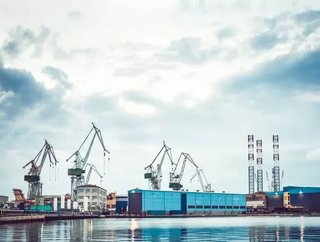 GMB, the UK’s manufacturing union, stated yesterday that the British government’s decision to open the manufacture of three 40,000 RFA (Royal Fleet Auxiliary) naval ships to international tender is not in the national interest.

The government has defied the recommendations of the Parker Report and decided the contracts should be offered to organisations outside of the UK.

Glasgow South West MP Christopher Stephens has since requested that the Ministry of Defence clarifies its position. Defence Minister Harriet Baldwin responded that shipbuilding should be subject to open competition.

GMB disagrees, stating that Royal Nay and RFA vessels must be built in British yards. The union is calling for cross-parliamentary support of MPs as well as shipbuilding employers for support.

Jude Brimble, GMB National Secretary, said: “The RFA contracts are the key to unlocking the country’s massive shipbuilding potential and transforming the fortunes of our shipbuilding communities.

“But Ministers' refusal to put the UK’s interests first will mean that instead of a massive programme of shared economic and employment re-distribution, our shipbuilding firms will be competing against each other for slivers of complex warship work.

“Against the backdrop of Brexit, the Government should be fighting for the defence and growth of as much decent work as possible – not hiving off huge skilled manufacturing opportunities to international competitors for the lowest cost possible.

“The RFA vessels will support and serve our Royal Navy and we have the capacity and skills base to deliver their manufacture, while generating hundreds of millions of pounds worth of wages for the UK economy.

“It beggars belief that the Government wants to give this golden opportunity away to foreign competitors when working class communities up and down the country are crying out for decent work.

“Instead of undermining the national interest, the Government should be defending our vital shipbuilding industry.

“It can start doing this by ensuring that in future all Royal Navy and Royal Fleet Auxiliary vessels should be built by UK shipyards.”