What does a Trump presidency mean for European manufacturers? 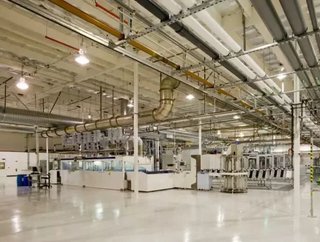 Under a Trump presidency, the political climate in the U.S. has become increasingly protectionist. Back in March, the White House announced plans to imp...

Under a Trump presidency, the political climate in the U.S. has become increasingly protectionist. Back in March, the White House announced plans to impose a 25 per cent tariff on steel and 10 per cent on aluminium imports from the European Union, Canada and Mexico. Some analysts had dismissed the tariffs as nothing more than a negotiating tactic to pressure these countries on trade. Nonetheless, the sanctions have since come to fruition. There are concerns over the subsequent rise in costs for end customers and the potential trickledown effect which could destabilise the global economy and negatively impact manufacturers across different industries and verticals.

The tariffs were introduced as part of Trump’s “America First” campaign promise to bring back jobs and could have seen benefits to U.S. manufacturers, such as increased investment in the U.S. military, a national infrastructure makeover and eased regulations on oil and gas. However, the recent decision by the European Union, which will come into effect in August, to impose its own package of retaliatory tariffs on the US, has left trade and cross border relationships hanging even further in the balance.

The U.S. has always been a key trading partner for the EU, whose suppliers exported roughly 5 million metric tons of steel in 2017, so one of the major worries – aside from the ensuing trade war - for UK and European manufacturers is that foreign steel, which would in the past have been exported to the U.S., will find its way to Europe to be sold more cheaply than current market rates.

UK and European manufacturers must ensure they are operating as efficiently as possible and keeping customers highly satisfied by ensuring timely product delivery.  In uncertain times like these, it’s crucial to find new ways to optimise business functions and avoid machinery letting customers down when they need it most. As foreign competition grows, maximised product uptime is something that will become increasingly important for manufacturers hoping to succeed in an ever-more aggressive market.

If the trade war continues, manufacturers in Europe will be put to the test. The spotlight needs to be on the often sub-optimised after-sales service aspect of business, in particular. Companies that are unable to meet service demands could begin to notice customers switching to the competition.

Investing in technologies that improve efficiency and the service experience for the end customer is one way manufacturers can respond and adapt to the new tariffs.

Service parts management - ensuring the right part is available at the right place and right time - is critical to a company’s ability to deliver an efficient and effective post-sales service experience. Part availability is the cornerstone of any successful service operation. Although the waters are murky at present, effective planning and forecasting, aligning inventories, resources and processes will stand UK and European manufacturers in good stead to weather the tariff storm.

Manufacturers that optimise their service organisations and invest in the appropriate technologies could see benefits, which include:

Don’t get priced out

Service parts pricing is another important area to consider when upping the ante against the ever-growing competition. Despite often getting overlooked, it’s a powerful profit leaver which can bring significant revenue opportunities - optimising service parts prices can sometimes be measured in the tens or hundreds of millions!

Today’s most innovative companies that are already leveraging this powerful opportunity are seeing increases in service parts revenue as high as 5 per cent and improvements in gross profits as high as seven per cent.

Finally, for manufacturers with dealer networks, remember your supplier’s risk is your risk. As dealers are often the ‘face’ of many brands, service at the dealer level – whether good or bad – reflects on a company’s overall brand perception.

Ultimately, regardless of how far the tariff war escalates between Washington and Brussels (and the wider world), by ensuring your company is in a position to respond to the kinds of challenges this presents, is going to be the greatest determinate for success in the long run.

Gill Devine is the Vice President for EMEA at Syncron