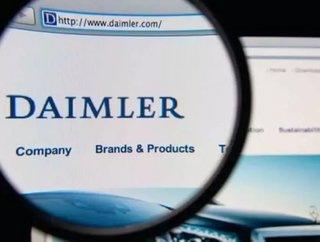 Dominated by Germany, Europes most profitable manufacturers earn billions every year thanks to the production of their top-of-the-range quality products...

Dominated by Germany, Europe’s most profitable manufacturers earn billions every year thanks to the production of their top-of-the-range quality products.

Despite various recent troubles, Volkswagen remains the biggest manufacturer in Europe, as well as being the largest automaker worldwide. It has been operating since 1937 and many of its cars have earned iconic status, namely the Beetle, the Type 2 (known colloquially as a ‘VW camper’), and the Golf.

Another automotive manufacturer, Daimler began in 1926 as Daimler-Benz, later becoming DaimlerChrysler before settling on simply ‘Daimler’ in 2007. It deals in various brands including Mercedes-Benz cars and vans, Daimler trucks and buses, engines for Formula 1 racing, and other components.

Founded in 1927, Exor is an investment agency. It holds shareholdings of some of the biggest companies in the world, including Juventus FC, Fiat Chrysler Automobiles, Ferrari, and Welltec.

The largest chemical producer in the world was founded in 1865, which comprises many subsidiaries and joint ventures, allowing it to become a huge global force. It operates in over 80 countries and employs 112,000 people worldwide. The company receives little media attention due to the abandonment of its consumer product lines over 20 years ago, but it remains enormously profitable.

The largest food company in the world (by revenue) was founded in 1866 as Anglo-Swiss Condensed Milk Company. Known best for its confectionary, Nestlé also makes baby food, tea, pet food, coffee, and cereals.

Siemens began in 1847 with the production of a telegraph-like device which used a needle to point to a letter sequence, with the aim to create something simpler than the Morse code. Now it is best known for making great technological strides in the realm of industrial devices and electronics.

Another car company, BMW was founded in 1916 and is best known for its luxury car lines. It has also done a lot of work within the Formula 1 and bicycle sectors, and ensures a stronghold on the industry with subsidiaries all over the world.