The birth of circular manufacturing 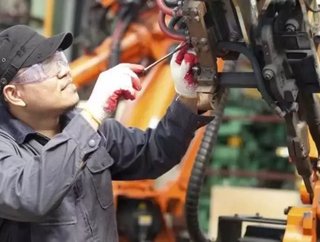 Circular economics is fast becoming more mainstream as ever greater numbers of companies realise there are profits to be made from this new, more sustai...

Circular economics is fast becoming more mainstream as ever greater numbers of companies realise there are profits to be made from this new, more sustainable way of doing business. Some manufacturers feared that second or third life product streams would cannibalise their regular, new product lines. However, our research suggests this is not the case. They tend to provide goods for a different set of customers. The business case for the circular model is going global. Having gained ground in Europe, the interest in circular economics is now spreading across the world including the United States. One Guardian reporter captured the mood: “Laptops made of plastic from old laptops. Aluminium car body parts made from old cars. Chemicals leased out, recovered, and leased again. These are just a few examples of how the circular economy, once seen as a Scandinavian speciality, is starting to spin in the United States.”

The circular economy is a regenerative model, in which manufacturers find ways to use materials and goods for much longer, creating more than one product lifecycle. At DLL, we have a key role to play in facilitating this, in terms of helping develop the financial wiring for such a system.

This kind of innovation goes to the heart of what it means to be human: generating wealth and success but in the context of respect for the planet, supporting its survival for future generations.

As Ken Webster, Head of Innovation for the Ellen MacArthur Foundation, writes in his new book, The Circular Economy: A Wealth of Flows, the old “smash and grab” model simply doesn’t work when the 'easy surplus' of resources has gone. Indeed, according to a recent report from the Club of Rome, we’d need four planets to sustain everyone with the same standard of living as those in the US. Webster goes on to say: “A systems approach can help, as the requisites in such uncertain, game-changing times are innovation and creativity.”

It is not surprising, therefore, that the World Economic Forum, which brings the world’s leading thinkers, scientists, innovators, politicians and business people together to discuss the big issues we face, put the circular economy on its agenda. At the Annual New Champions summit in Dalian in China last September, the World Economic Forum’s Project MainStream continued to discuss key ways to drive the circular economy forward including the use of new tracking technology to enable manufacturers to monitor and manage the materials and goods for future life cycles.

At DLL, we believe that manufacturers are really at the heart of this new revolution and that their efforts to shift to circular models, as some are starting to do, represents one of the greatest innovative challenges of our times. In October, DLL launched a new whitepaper, Sustainable returns by recovering used assets, which explores the processes underpinning this change and the barriers that will need to be overcome for manufacturers to make this revolutionary shift to the circular model.

Based on our findings there are a number of important pillars supporting circular manufacturing, three of which include the service based model; the use of asset tracking technology to monitor assets; and well-organized take back and refurbishment systems. Already, manufacturers going down this path see that it generates new revenue streams. The pioneers also know that in the long run it’s a total game changer from the point of view of people, planet and profits.

In the past, manufacturers have sold assets to customers. This seemed to make most sense. But in a world where you want to minimise waste, it is far better for the producers to retain ownership, selling instead a service to the customer. For customers, this tends to mean they get a better service overall with maintenance and quality being at the heart. They get the scanning service rather than the MRI machine, for example. Manufacturers in turn can ensure they service and maintain the product and keep it in a good condition, prior to its next cycle.

The second pillar, monitoring is being brought into reality by the new technology wave of chips and sensors that will monitor things, feedback information and enable machines to talk to machines, known as the Internet of Things (IoT). Some predict 50 billion devices will be connected this way. Whatever the true figure, this new capability is driving revolutionary change among manufacturers, many of whom are already keen to use it to optimise production processes and improve customer service.

In London, recently experts in electronics and textiles met to discuss the implications of this new technology for asset tracking. The participants advocated the use of RFIDs (Radio Frequency Identification) 'as a way of capturing and passing on information throughout a product’s life', capturing information for the next stages of reuse and recycling. Indeed, there is big money in monetizing waste through the circular economy fuelled by the use of digital technologies, says Accenture’s Managing Director Peter Lacy: '…harnessing data allows companies to put a value on waste in all its forms and monetize that waste through products and services that delight customers and generate significant new revenue growth. By 2050, we think as much as $25 trillion could be up for grabs.'

Increasingly, manufacturers are seizing these new opportunities offered by the Internet of Things and in some cases, shifting to a more service based model in the process. A new report from Tata Consulting Services (TCS), Internet of Things, found that 79% of organizations are using internet-connected technologies to track their customers, products, the premises in which they do business with customers or their supply chains. Of all the sectors using this new technology, manufacturers, dubbed the 'rock stars of IoT' claimed the biggest income boost from applying it, averaging a 28.5% revenue increase.

The report also found that 15.4 percent of companies using IoT technology were shifting to the ‘product-as-a-service’ model based on the greater leasing of products. They predicted this would climb to 19 percent by 2020. Sysmex, for example, moved from selling its blood analyzing equipment to selling a service instead. “Its customers get paid a set amount by an insurance company to do a blood test. The expense side of the equation is unpredictable for the labs: Equipment might break, or the U.S. Food and Drug Administration may add requirements. With a service model, Sysmex eliminates the uncertainty. It takes care of the maintenance and equipment, while the lab pays Sysmex a set fee for each reportable result to insurers.”

The third pillar is about developing processes and systems for taking back and refurbishing goods for a second life cycle. Here, the tracking technology could revolutionize manufacturer’s ability to do this. They need to understand the material flows of their products, so that they can plan and facilitate the next cycle.

All three pillars: the service based model, monitoring assets and take back connect together, fuelled by new digital technology and new financing models, are driving forward this great innovation: the circular economy for manufacturers.