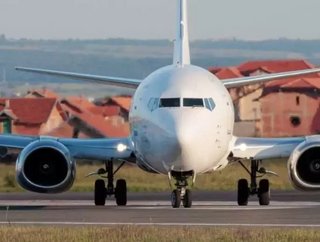 Boeing plans to use newer and more standardised manufacturing techniques for its new 777X jetliner, paving the way for significant savings as it gradual...

Boeing plans to use newer and more standardised manufacturing techniques for its new 777X jetliner, paving the way for significant savings as it gradually feeds the changes back into existing assembly lines, a senior executive told Reuters.

The approach will draw increasingly on lessons learned from outside the aerospace industry and comes as the focus of the intense rivalry between Boeing and Airbus shifts toward production strategies after a record boom in orders.

“I think the 777X will be our first opportunity to show the ideas that we have to date,” said Walter Odisho, Boeing's vice president of manufacturing and safety, referring to the world's largest twin-engined jet that is due to enter service in 2020.

“However, we also have the capability to affect the other programs that we have in place ... In many cases we’re looking to standardize our approach,” he told Reuters.

Boeing takes a leaf out of Toyota’s book

Odisho joined Boeing in December 2013 from Toyota, where he oversaw manufacturing at the carmaker's $6 billion plant in Kentucky.

While standardised production is common in the auto industry it is rarer in aerospace, where volumes are lower and airlines demand more customization but where output is rising fast. Odisho said plane makers need to make production more repeatable and predictable.

He declined to estimate cost savings from the shift toward Advanced Manufacturing, an innovative set of production tools that can include robotics, but called them significant. “The idea of achieving significant savings in a single action is a fallacy. We'll take the opportunities and when you add them all up together, I think they will amount to quite significant improvements,” Odisho said.

Boeing has long relied on Toyota-inspired lean production methods to improve efficiency, but Odisho has been hired to help push car industry thinking deeper into its manufacturing plants. That matches an approach taken at Airbus, where car industry executives in senior positions are more evident.

“If you look at aerospace with market demand rising, we need to start thinking differently and move efficiencies from the auto industry into this arena,” Odisho said.

Last month Boeing started automating the assembly of 737 wing panels and is introducing robots on the 777. “I think we are beginning the journey,” Odisho said. “There are areas ... such as drilling where we have a lot of repetitive motion.”

It is not just about automation, however. Odisho observes the factory like a choreographer, with an eye on the overall shape of the performance. “Think of it as a robot. Because robots are automated they can go through many types of motion that are wasteful. But in order to utilize robots correctly we need to be thoughtful about the movements that their arms make,” he said. “If we can apply the same thinking (to the factory) ... then we can affect the process to a high degree.”

For example, Odisho is urging a fresh look at the flow of parts. “If we can develop a system where we have direct deliveries to our lines and in an orientation which our operators will use to simply secure instead of handling parts, we have tremendous opportunities,” he said.

Improving the sequencing of parts reduces inventory and eases cash flow, a recent focus for investors. And it means less space is needed to store them, lowering overheads. Boeing's plane making chief Ray Conner has challenged engineers to think about ‘build quality’ when designing aircraft so they can be produced more affordably.

Could the buffer of several days for holding parts in aircraft plants ever hit auto-industry levels of as low as two hours? “Ultimately I think we will see that day,” Odisho concluded.