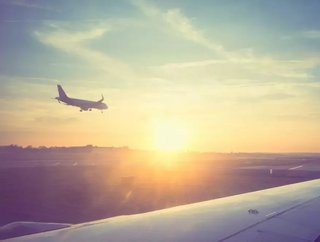 Boeing and its Canadian aerospace partners are set to deliver CAD$61bn (US$46bn) and create 250,000 jobs in Canada...

Boeing and its partners have delivered on billions of dollars in industrial and technological benefits obligations that goes back over 25 years. The work began with the sale of the F/A-18s in the mid-1980s and progressed through more recent obligations that include acquisition of and sustainment work on the C-17 Globemaster and the CH-47 Chinooks to meet Canada’s domestic and international missions.

“Canada is one of Boeing’s most enduring partners and has continuously demonstrated that they have a robust and capable industry supporting both our commercial and defence businesses,” said Charles “Duff” Sullivan, Boeing Canada managing director. “The large scale and scope of these Canadian projects reinforces Boeing’s commitment to Canada and gives us an opportunity to build on our motto of promises made, promises kept.”

As a result of new data and projections from economists at Ottawa-based Doyletech Corp, the number of economic benefits to Canada and its workforce for the acquisition of the F/A Block III Super Hornet is expected to last for at least 40 years and benefit all regions due to the billions of dollars in economic growth. A Super Hornet selection for the Future Fighter Capability Project (FFCP) is also thought to deliver hundreds of thousands of high paying jobs critical to the country’s economic recovery.

“At a time when Canada is working toward recovery efforts coming out of the pandemic, a Super Hornet selection would provide exactly the boost that we need,” commented Rick Clayton, economist at Doyletech Corp. “Boeing and its Super Hornet industry partners have a long track record of delivering economic growth to Canada, which gave us the confidence that our data and detailed projections are extremely accurate.”

Boeing is one of the world’s leading aerospace firms and is a global provider of commercial airplanes, defence, space and security systems, as well as offering global services. As a top US exporter, the firm supports commercial and government customers in over 150 countries. Building on a legacy of aerospace leadership, Boeing continues to lead in technology and innovation, deliver for its customers and invest in its people and future growth.