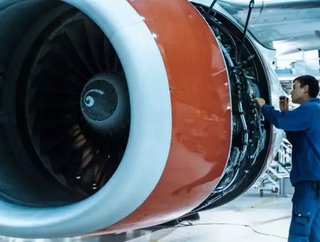 Bombardier has revealed that it is set to invest approximately CAD$22mnover a three-year period into two major aerospace research projects: Aéro21 and...

Bombardier has revealed that it is set to invest approximately CAD$22mn over a three-year period into two major aerospace research projects: Aéro21 and the third phase of the SA²GE project. Both will bring together large aerospace companies, SMEs, as well as local universities and research centres.

Headquartered in Montreal, Canada, Bombardier has production and engineering sites in 28 countries across the segments of Transportation, Business Aircraft, Commercial Aircraft and Aerostructures and Engineering Services.

“Through this strong alliance between industry, government and researcher partners, we are proud to not only push the limits of technology and build greener, more efficient aircraft, but to also increase the competitiveness of the Québec aerospace industry,” said François Caza, Chief Technology Officer, Bombardier Inc.

Aéro21 aims to facilitate the implementation of 21st century technologies in the Québec aerospace sector and is expected to generate CAD$65mn of investments over three years. 24 companies will be providing 75% of the funds for Aéro21, including CAD$18.75mn from Bombardier, and the Government of Québec will be investing the remaining 25%.

Bombardier’s participation will focus on expanding the use of computerised models to test various aircraft systems and components from the design phase through certification, in an effort to bring new aerospace products to market at a faster pace and reduce development costs.

SA²GE (Smart Affordable Green Efficient) was first launched in 2010 and is dedicated to developing smarter, more efficient and effective technologies, while reducing the environmental footprint of the aerospace industry. Four subprojects were selected for the third phase of SA²GE, including one called AILE (Aile intelligente et légère pour l’environnement), which was proposed by Bombardier along with four other industry partners. The focus of this subproject is to develop multifunctional wings for business and commercial aircraft that will optimize aerodynamics and weight to reduce cost and fuel consumption. Bombardier plans to invest CAD$3.6mn in AILE, which will be matched by the Government of Québec.

With these investments, Bombardier reaffirms its leadership in the development of innovative aerospace technologies. The company was recognised as Canada’s top R&D investor by Research Infosource for investing approximately CAD$12bn over the past six years.