CES 2015: Driverless cars will be on our roads by 2020, predicts Ford chief exec 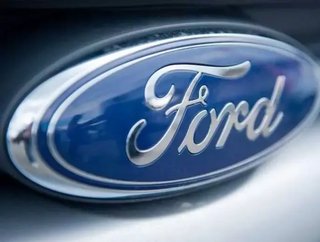 Ford CEO Mark Fields has predicted that there will be fully autonomous vehicles on our roads within five years. Speaking at CES 2015, Fields said that F...

Ford CEO Mark Fields has predicted that there will be fully autonomous vehicles on our roads within five years. Speaking at CES 2015, Fields said that Ford has set its sights on becoming the first vehicle manufacturer to produce self-driving cars for the mass market, instead of being the first company to develop one.

During his keynote speech, Fields discussed how Ford is looking to become a company focused on mobility to provide solutions to consumers, as opposed to simply manufacturing cars.

Fields added that when Ford releases a self-driving car, it would be unlike luxury brands that are simply looking to develop one first. Ford plans to release an autonomous vehicle that will be affordable and accessible to all consumers.

The earliest prototypes that are being released for self-driving vehicles are coming from luxury car companies such as Mercedes-Benz, which unveiled its F015 Luxury in Motion concept car at the show.

Electric car company Tesla Motors previously claimed that it will be the first company to release a driverless car to the public, but has not provided details on its plans as yet.

Tesla Motors CEO Elon Musk previously stated that he too believes there will be self-driving vehicles on our roads within five years.

Ford was the first automotive manufacturer to offer autonomous safety technology such as lane warnings and possible collision alerts in its cars. Fields said that Ford is currently working on a number of ‘experiments’, which include services to detect open parking spaces through a driver's mobile phone, companies for sharing and swapping cars, and map services for unpaved roads.

According to Fields, the company has been studying how to use innovation to improve mobility as a solution to important congestion and transportation issues worldwide.