Daimler is set to acquire $23bn in battery cells, accelerating its electrification strategy 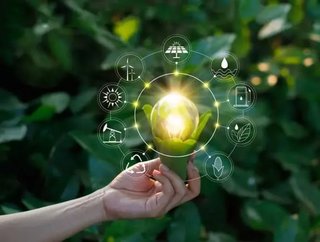 One of the largest automakers in Europe, Daimler has revealed its plans to acquire $23bn (€20bn) in battery cells until 2030 in order to cater towards...

One of the largest automakers in Europe, Daimler has revealed its plans to acquire $23bn (€20bn) in battery cells until 2030 in order to cater towards growing international demands for hybrid and electric vehicles, trucks and vans, as part of its bid to reduce global emissions.

Through its investment, the company will aim to construct assembly plants across Europe, with its second factory presently established in Kamenz, Germany. However, the company will adopt a global network, investing in four further green energy-based facilities spanning Bangkok (Thailand), Beijing (China) and Tuscaloosa, Alabama (North America).

The company’s plans to build a second battery production facility in Germany will further its efforts to lower its CO2 emissions, as it will be designed to be completely carbon neutral, fully embedded with state-of-the-art technologies. Additionally, the business is set to launch a fully-electrified city bus under Mercedes-Benz, where prototypes are presently in operation.

At present, the company has battery cell supply partnerships with Korea’s SK Innovation, LG Chem and China’s Contemporary Amperex Technology, as according to Reuters.

“The automotive industry is facing a fundamental transformation and we see ourselves as the driving force behind this change. The battery factory in Kamenz is an important component in the implementation of our electric offensive. By 2022, we will have more than 10 purely electric passenger cars in series. We also continue to drive forward the hybridisation of our fleet,” stated Dieter Zetsche, Chairman of the Board of Daimler AG.

Investing in significant battery cell research to reduce its dependence on rare earth minerals and subsequent impact on the environment. Consequently, the business has admitted that it is closely auditing suppliers, who must disclose full transparency within each step of their supply chains, whilst they continue to accelerate their efforts to become one of the most innovative electric and autonomous vehicle producers worldwide.