The digital age is leaving major German manufacturers behind 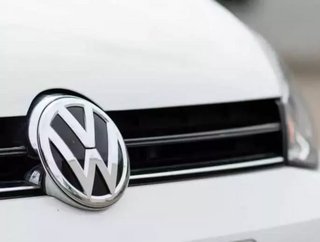 German car giant Volkswagen is continuing to suffer, not only with the repercussions of the diesel emissions scandal, but with difficulties adjusting to...

German car giant Volkswagen is continuing to suffer, not only with the repercussions of the diesel emissions scandal, but with difficulties adjusting to the digital age of manufacturing.

Former contractor for Volkswagen, Max Vilimpoc, was shocked by the company’s lack of open-mindedness towards technology, and said that the company approached design of digital tech the way it approached the creation of car parts.

This attitude “works if you’re making a gear that needs to work in all of your cars for 20 years,” Vilimpoc told BBC News. “It doesn’t work for software.”

Germany is known for its manufacturing skills, quality, and efficiency, but Volkswagen’s heavy-handed approach to computing does not bode well for the company’s recovery. Modern cars require sophisticated sensor, GPS, and monitoring technology, and keeping up-to-date with advances is necessary for any business aiming to compete. Volkswagen certainly cannot afford to be left behind. It is structured in a strict corporate hierarchy, a system which notoriously does not encourage the sharing of good ideas from lower company positions.

Other German companies are turning their manufacturing processes around to keep up with the digital age. Siemens now has computers controlling three quarters of its production processes at its electronic plant in Amberg. The German Artificial Intelligence Research Centre has been perfecting what it called the ‘smart factory’ in Kaiserslauten for nearly 30 years, constantly lessening the need for human employees in the production process. Unfortunately, such businesses are in the minority, and many of Germany’s major manufacturers are flagging behind the times.