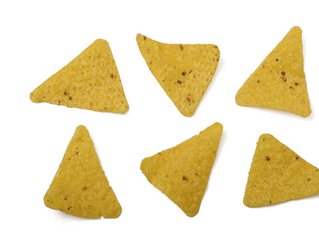 PepsiCo is in hot water after it emerged that packets of Doritos Chill Heatwave failed to disclose the presence of erroneous milk and cheese ingredie...

PepsiCo is in hot water after it emerged that packets of Doritos Chill Heatwave failed to disclose the presence of erroneous milk and cheese ingredients.

The company issued a statement, which said: ‘A limited number of Doritos Chilli Heatwave sharing packs are being recalled as incorrect product may have been packed into the bags.

'The affected product contains flavourings which contain milk, cheese powder and milk protein which are not included in the ingredients list. We sincerely apologise for any inconvenience caused.'

Doritos is not a stranger to product recalls this year. Its lightly salted corn chips were called back after the discovery of wheat and soya ingredients which were not specified on the product’s packaging.

Last month saw a high-profile recall from Mars in regards to its Galaxy, Teasers and Minstrels brands over salmonella fears.

In Scotland, several haggis products made by Macsween were recalled after problems emerged in the controlling of clostridium botulinum bacteria, impacting several retailers including Marks & Spencer and Lidl.

Commenting on thus outbreak of recalls, Duncan Moir, product manager at Epicor Software, said: “News that Pepsico has recalled Doritos Chilli Heatwave crisps over allergy fears, sparked by incorrectly labelled milk and cheese, isn’t the first and won’t be the last time a food recall has hit the headlines. Such recalls hit an organisation hard both in terms of reputational damage and cost. This recent incident highlights the fact that food manufacturers need to be doing more to ensure that they adhere to labelling regulations.

“Food and beverage manufacturers have distinct needs and face huge risks unique to their business. That’s why it is vital they have the right processes and technology in place so that they react swiftly. Having the right enterprise resource planning (ERP) solution which is specifically designed to be agile and responsive will reduce such risks, but when mishaps occur, assist with traceability and the recovery plan.”

In the USA, several brands of hummus made by House of Thaller were recalled last month after its pine nut flavoured varieties were feared to contain listeria.