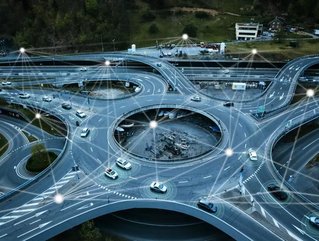 The demand for commercial passenger vehicles has dropped due to the pandemic, but the industry will recover by 2030, says study...

The global pandemic has seen a steep drop in demand for global passenger vehicles since the beginning of 2020. In fact, a new study by the ADAS & Autonomous Driving Technology - Market & Industry Analysis, Forecast - 2020 – 2040, says the industry will drop an estimated 11% by the end of the year.

However, since all leading markets have witnessed a sharp decline of around 10%, the study points to data that forecasts a more optimistic picture for 2021 and the coming decade.

For example, although it will take approximately five to six years for the auto industry to recover to the level of sales seen in 2019, the volume will increase, particularly in the area of passenger cars. This industry, which has seen steady growth for the past decade, has a forecast growth of 1.9 percent between 2020 and 2030. And technology will be the driving force.

The demand for automated vehicles (AV’s) and the speed at which new tech is being developed, means the market won’t see a significant change in level 3 automation sales until 2025. Shared mobility vehicles like “robotaxis, shuttles, pods and goods-delivery vehicles” rather than private cars, says the report, are likely to see the biggest industry demand, particularly in areas where population is dense.

COVID-19 has seen the deployment of a number of ‘driverless ridesharing’ vehicles which have provided a low-cost transit option to passengers. The promotion of car sharing is also being tabled as an option for some companies. Robotaxis are expected to become more commonplace in Japan, Europe, China, the U.S. with China overtaking the western world in terms of AV’s by 2030.

However, the study also points to changes in the logistical travel and freight industries, by autonomous and connected vehicle technology. AV technology in the trucking industry will radically alter the current status quo, in terms of Original Equipment Manufacturers (OEMs) and tech leaders. Indeed, such will be the speed of development, that level 4 autonomy (self-driving) in the trucking industry will be seen as soon as 2025.

In the meantime, technology is playing catch up with essential components including sensing and mapping hardware, control system software, cyber and data security hardware and localising software. LiDAR, cameras, radars, and other electronic necessities will also see significant development as part of the emergence of AV.