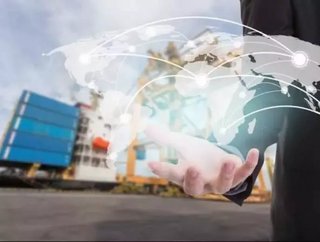 In today’s challenging global markets, supply chain security has become an increasingly important driver of merger and acquisition (M&A) activity for UK-based manufacturers. However, if the right opportunities arise, it is important to consider them carefully and avoid overlooking the necessary due diligence.

In a bid to consolidate their market position, global manufacturers are showing more interest in M&A activity as a means of gaining critical mass and strengthening their production capability. In the UK marketplace particularly, deals motivated by a desire to ring fence key sources of supply are becoming more common, especially where there is downward pressure from customers.

During the economic downturn, many UK-based manufacturers chose to sit tight waiting for growth to return. A cautionary approach to investment, combined with reduced access to lending, allowed some of them to build up reserves of cash, which they are now more willing to release and utilise strategically. For a tier two manufacturer, investing in the acquisition of a supplier lower down the chain could be a cost-effective way of ensuring business continuity while extending its production capacity and improving the sustainability of the supply chain.

While some such transactions are prompted by OEM demands, others are simply opportunities that crop up because a supplier lower down the chain has started to struggle financially. In such instances, it is easy for businesses upstream to get carried away and, if they are not careful, discussions could reach negotiation stage before the appropriate checks and measures have been carried out. This could leave the acquisition party at a significant disadvantage further along the deal-making process.

Before entering into negotiations, manufacturers should take steps to find out as much as they can about the target company. They probably already know who owns the company, but do they know the reasons for sale and are they aware of the seller’s intentions? In most cases, there is likely to be an expectation that the seller will be around for a three to nine month handover period but sometimes this is not possible. Is the business model of the target company in need of an overhaul and who would be responsible for this? Asking these questions will help to establish whether the business rationale for the deal is compelling enough to continue and whether the management team is sufficiently motivated.

Once this groundwork has been done and the management team has given the matter its full consideration, the next step is to prepare an outline of the deal in principle, which is usually presented to the target company in an offer letter. It is important that this letter includes some key assumptions that might form part of the transaction. For example, it should note the level of assumed profitability, any property or other key assets that are assumed to be part of the deal, along with any significant liabilities the target company may have, such as a pension deficit. It is also useful to reference any significant long-term contracts that the target company may have too if these are known.

Setting out this information at the start, while acknowledging that due diligence is yet to be done, could put the acquisition party in a stronger negotiating position overall. This is because raising issues about such assumptions at a later stage could be seen as a post-rationalised price chip and as such would be less likely to be taken seriously.

Only once both parties are in broad agreement about the terms of the offer letter and are ready to move to the next stage should comprehensive due diligence be undertaken, leading to the production of a formal deal agreement.

Deal activity has remained buoyant despite lower-than-expected market performance and this is testament to the quality of the businesses around. Whilst there are some excellent opportunities for nimble firms to capitalise on opportunities to buy suppliers and strengthen their customer relationships as a result, they should avoid rushing in.

Adam McGiveron is a corporate finance partner at Shakespeare Martineau, specialising in the manufacturing sector