Huawei asks: are you ready for Industry 4.0? 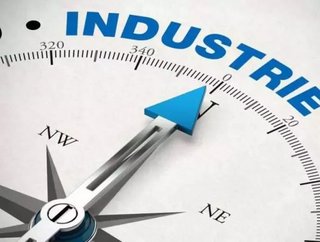 As the world continues to urbanise, and with a global population projected to reach 9.6 billion by 2050, many governments have put agricultural developm...

As the world continues to urbanise, and with a global population projected to reach 9.6 billion by 2050, many governments have put agricultural development at the top of the agenda to help promote production efficiency.

Fuelled by the advancement of digital technologies, the German government first introduced the term Industry 4.0 to promote the computerisation of manufacturing. Hailed as the fourth industrial revolution, Industry 4.0 will see intelligent machines and smart factories usher in a new era of manufacturing with the German government continuing to promote the concept vigorously as a means to new economic growth.

European industry is evolving to a new era

Holmer, a modern large-scale German agricultural company, has already paved the way for Industry 4.0 by using telematics in smart harvesting, predictive maintenance and other fields of innovation. Holmer is working with Huawei and Fraunhofer, a leading environmentally focused European research organization, to set up a preventive maintenance Demo lab, which helps customers avoid unplanned downtime and reduces maintenance costs. ABI Research predicts that by 2019, the global maintenance market value will be US$24.7 billion, of which US$14.7 billion will be attributed to preventive maintenance, or 60% of the total market value.

In the case of Holmer, Huawei provided its IoT platform, IoT gateway, cloud platform, and data transmission network to  allow production data to be shared with local government functions. For example, if Holmer’s machines are harvesting sugar beets, data about the soil and water can be collected by the sensors and then sent to the local environment and water authorities. After analysing this data, the authorities can develop new applications to help improve production. Huawei and Holmer’s solution will be fully tested this year and officially deployed on a large scale.

Huawei is also working with a number of other European partners to provide ICT solutions towards Industry 4.0. Huawei has 18 R&D centers in eight European countries. The research fields include wireless networks, microwave, chip, engineering, mathematics, and aesthetics. In Europe, Huawei has established close collaborations with more than 700 partners and over 120 academic institutions. It has also participated in the Horizon 2020 project of EU.

With each European possessing 7.2 IoT devices on average, there is a solid basis for Europe to implement a wider Industry 4.0 strategy outside of Germany and take the lead in global industrial digitalisation.

Current Industry 4.0 technology and practices are able to benefit organisations and consumers worldwide. However, achieving this requires globalised regulation and standards and efficient interconnections between devices as well as open collaboration.

The future development of Industry 4.0 depends on a number of key factors:

There are a number of problems solved by using the new network component at the edge of the network in between the cloud and the Gateway / Sensor Industrial IoT and field IoT networks.

Edge computing, with strong support by networking, will solve the following problems:

So how should organisations get involved and start contributing to Industry 4.0? A good first step is to engage with and join organisations such as Platform Industries 4.0. Over 150 organisations are registered as part of this industrial body. Huawei has been an active member of the industry alliance for many years and has various products that are helping the development of Industry 4.0. Open collaboration is key, and Huawei’s enterprise gateway product AR can be integrated with the platforms of other vendors for example, while its IoT platform provides open APIs to third parties.

Industry 4.0 is the future

The era of Industry 4.0 is upon us and it’s time for organisations to get involved to accelerate its adoption, creating smart industry networks based on open standards. Huawei believes that the future world is a fully connected one and it will be Industry 4.0 that will makes the world a better and smarter place to live and work.