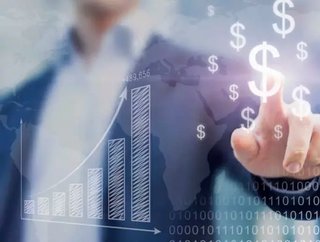 It has been revealed that one of the world’s leading producer of semiconductor chips, Intel, has issued a business plan to invest up to $11bn in a new...

It has been revealed that one of the world’s leading producer of semiconductor chips, Intel, has issued a business plan to invest up to $11bn in a new advanced manufacturing plant in Israel, one of the largest investments the country has received.

Set to bring thousands of new jobs to the region, Intel has stated that the deal will subject to the Israeli state providing a 10% grant within this investment. It follows on from its plans last year  to also invest up to $5bn in expanding its Kiryat Gat production plant, a facility. Through the deal, Intel is set to receive $190mn in government grants.

“Intel continues to demonstrate the strong performance of Intel Israel and we continue to lead in terms of corporate economic and social investment in Israel,” commented Daniel Benatar, General Manager of Intel’s manufacturing plant in Kiryat Gat. The business currently pays a corporate tax of 5%, which will remain unchanged.

The new manufacturing plant is set to extend to 90 acres, where the company is set to move away from producing silicon computer chips and more towards becoming increasingly data-centric, exploring new avenues such as drones, automotive vehicles and cloud technologies which will enable further opportunities to bolster ongoing financial revenue. At present, the company employs more than 11,000 people in Israel.

"This is the largest investment ever made in the State of Israel," Finance Minister Moshe Kahlon said. “It indicates the great trust that the company has in the Israeli economy."

"Our continued confidence in Intel’s future and excellent partnership with the State of Israel is at the foundation of the business plan we will submit," said Yaniv Garty, Intel VP and Intel Israel general manager.

"This plan, when it comes to fruition, is expected to yield great economic and social value for Israel in general and for Kiryat Gat in particular."

The $11bn deal will be second only to Intel’s $15bn acquisition of automotive software business Mobileye in 2017, but will need approval from the Industry and Economy Ministry, as well as the Finance and Economy ministries and Tax Authority.

In addition to its manufacturing activities, Intel also has R&D centers situated in Jerusalem, Petah Tikva and Haifa. Intel’s exports from Israel reached $4 billion in 2018, according to Intel’s recent report.