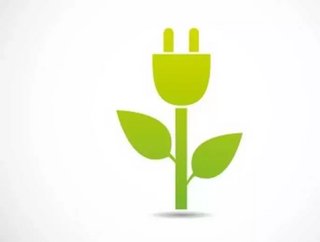 A number of global business behemoths have outlined their commitment to 100 percent renewable power at the World Future Energy Summit, in Abu Dhabi.RE10...

A number of global business behemoths have outlined their commitment to 100 percent renewable power at the World Future Energy Summit, in Abu Dhabi.

At today's event, representatives from some of those companies highlighted the business and wider environmental benefits of switching to renewable energy.

“Investing in renewable energy is good for business, the economy and the planet,” said Ikea Group chief executive, Steve Howard. “That’s why we’ve committed to match 100 percent of our energy use with our own renewable energy generation by 2020 and have allocated €1.5bn to take us closer to this goal. Every business can benefit from making the switch to clean, abundant energy and RE100 is a call to action to accelerate this transition.”

“RE100 is fully aligned with Nestlé’s explicit commitments, which reflect our respect for the society in which we operate, respect for the environment, and respect for future generations,” said Claus Conzelmann, vice president and head of safety, health and environmental sustainability, Nestlé Group.

“The development of a thriving, global market for authentic renewable power will be a game-changer in emissions reductions and will drive a transition to a low carbon economy,” said Emily Farnworth, RE100 campaign director, The Climate Group. “Business leadership is essential to making this change happen.”

RE100, which was started by The Climate Group in partnership with CDP, used the summit to launch its first report, RE100: The journey to 100 percent.

The report features case studies from RE100 corporate partners. Its main findings are that solar PV is the most popular renewable power technology for corporates; heavy industry, construction and manufacturing sectors are the biggest investors in renewable energy, led by those in Europe; and consumer products, manufacturing and heavy industry sectors are getting the best financial returns.

RE100 was launched at Climate Week NYC on September 22, 2014. Fifteen companies have now joined the campaign and made a public commitment to going 100pc renewable. The two latest companies to join are SAP and SGS.