Nestle rolls out a continuous operations model at US manufacturing plant 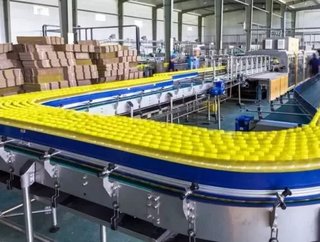 Food manufacturing giant Nestl&eacute; has confirmed plans to reduce the number of employees based at its frozen and chilled facility in Solon, U.S. as...

Food manufacturing giant Nestlé has confirmed plans to reduce the number of employees based at its frozen and chilled facility in Solon, U.S. as it moves the site to a ‘continuous operations’ model. The company moved one production line from the same site in June this year, and had now confirmed plans to move an additional two lines.

“Doing so provides the additional space we require for the continuous operations model,” a spokesperson for the company said.

The decision will see more than 200 jobs reallocated within the business or eliminated altogether. Nestlé anticipates in the region on 100 redundancies.

“We are doing this to optimise the investment we have made in our production facilities and to better manage the costs of making high-quality meals, sandwiches and pizzas,” the spokesperson said.

Nestle manufactures the Stoffer's and Lean Cuisine brands at the site. The spokesperson did not comment on whether production levels would be lowered but did stress that the continuous operations model enables Nestle to “better match our production volume to sales forecasts.”

The continuous operations model will see Nestlé’s facilities in the U.S. operating 24 hours a day, between five and seven days a week depending on business needs.