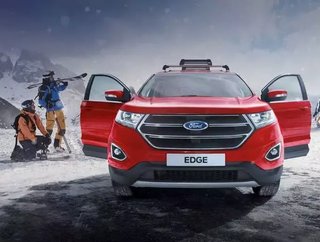 Manufacturing Global speaks to Stamping Supervisor of Ford, Torsten Hallfeldt, on how the company has prioritised safety through integrating its hot-for...

Manufacturing Global speaks to Stamping Supervisor of Ford, Torsten Hallfeldt, on how the company has prioritised safety through integrating its hot-forming line at its Saarlouis plant in Germany.

The importance of bringing new and innovative products to market cannot be underestimated. However, Ford has found success by utilising a historical technique that once helped protect knights from fatal attacks from their rivals. The automotive giant has recently unveiled the world’s first fully automated hot-forming process for auto parts, which it says will enable its all-new Ford Focus cars to become safer than ever before.

Built as part of a EU€600mn ($690mn) investment at its Saarlouis Vehicle Assembly Plant in Germany, Torsten Hallfeldt, Stamping Supervisor at Ford, explains the process of how the hot forming process works. “The hot forming process is not a new technology. In almost all car bodies, there are hot forming parts and you need a special material,” explains Hallfeldt. “This material is a blank sheet and is going through a furnace. It’s around 40m long and we heat up the sheet to around 930°C in order to change the microstructure and get the material weak.”

With the hot formed steel blanks heated to such high temperatures, the blanks are unloaded by robots and put into a hydraulic press, with a closing force of up to 1,150 tonnes. They are subsequently shaped and cooled in around three seconds. Hallfeldt explains the process of how the company is enabling its lines to become fully automated. “We have the blank sheets at the beginning of the conveyor and these metal sheets will then be picked up by the robot,” says Hallfeldt. “Everything then becomes fully automated from beginning to end. The blank sheets run through the furnace and are automatically put in the correct position as the metal sheets are placed into the dye.”

Having originally joined Ford in 2001 as Technical Specialist of advanced materials and sheet metal forming, Hallfeldt has progressed through roles such as a Supervisor Stamping and Car Line Launch Leader before becoming Launch Leader of Hot Forming in 2015. Such experience with Ford has meant that Hallfeldt has become vastly experienced in the field of hot forming. Having implemented the new technology, Hallfeldt believes it has enabled Ford to achieve success through its use of automation. “A big advantage is that we automatically put the part into the conveyor behind the dye. The majority of the automotive industry is doing this through racks, and lots of people pick up the parts behind the press line,” he explains. “We're implementing a new technology, called pressure-controlled hardening (PCH). It works by utilising a hydraulic system in the bottom of the press and it’s used by increasing the pressure of our part into the dye which leads to a very fast hot-forming time. The technologies that we have introduced in our plants are the first in the world and completely new. We have three additional lines that are linked to the hot forming process in North America and they are also running with the PCH technology of the press line.”

However, Hallfeldt reflects on the challenges Ford faced when developing the hot forming technology and believes the timing is right to implement the new innovation. “Our biggest challenge when creating the lines was to ensure we built the lines into a given space. I believe we need to consider the technology for car bodies more carefully in order to increase safety and to be better-focused on the challenges which comes with the automotive industry,” explains Hallfeldt. “If we look at the different vehicles coming up in the market, such as electric cars, it still has the passengers and car bodies to consider so it’s important we continue to make robust bodies. This is the right technology to introduce into the company and we plan to continue to do this worldwide.”

In order to make the vehicles as safe as possible, Ford has used boron steel to deliver maximum driver and passenger protection. With boron steel considered to be the strongest steel used in the auto industry, it has enabled the firm to achieve a maximum five-star Euro NCAP safety rating on its new Ford Focus. Hallfeldt believes Ford takes safety very seriously and affirms it remains a key priority. “Safety is a big advantage for us because due to us operating a fully automatic production line, the complete line is capsuled. In terms of safety, I believe there are no issues about people getting hurt. If someone opens the cage or goes into the line, the complete line stops and nothing can happen. Safety is the number one priority for our lines.”

The new model will also help Ford to attain a 40% improvement in the car’s ability to withstand head-on crashes. Hallfeldt affirms that such an increase is vital to ensure the company meets its aims. “The level of strength in the material used in the hot forming process is up to three times higher than the material which is normally used with the cold forming.” says Hallfeldt. “This technology helps us to get high-quality parts with a very high level of strength. It enables us to reduce the weight of the car bodies, in terms of reducing the emissions and also helping to increase the stability and the potential of crash safety issues. I believe this material is instrumental in allowing our goals to be completed.”

“We have a clear understanding of the technology in our projects and we have had lots of technical discussions too,” he says. “We set up specialist meetings and discussed the advantages and disadvantages of the technologies and came to the conclusion that in order to be one of the first companies to embrace hot-forming, we had to rely on this technology. We think that this technology is robust enough to put us in a very good position.

Looking to the future, Hallfeldt believes Ford is on the right track to success. “I think that this technology is only the first step as the ability to operate fully automatically is very important and allows us to produce parts efficiently. We’re definitely on the right track,” says Hallfeldt. “The next area we’re thinking about is in the laser area as we have already started to trim and evaluate options to enable us to load these steps automatically. We’re in very good shape and we’re leading the way in the industry.”