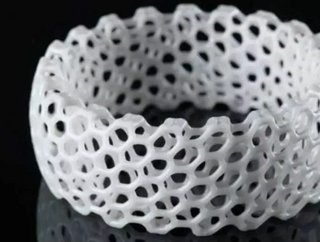 A new report has revealed 3D printing is showing signs of triggering changes within the US industrial manufacturing sector from product design and produ...

A new report has revealed 3D printing is showing signs of triggering changes within the US industrial manufacturing sector from product design and production to restructured supply chains.

The report, 3-D printing and the new shape of industrial manufacturing has been released by PwC US in conjunction with The Manufacturing Institute.

The survey of more than 100 industrial manufacturers shows two-thirds (67 percent) of manufacturers surveyed are currently implementing 3DP either by experimenting with the technology or by already using for prototypes or final products.

One in four respondents said they plan to adopt 3DP in some way in the future.

Bob McCutcheon, PwC’s US industrial products leader, said: “Applying 3DP for rapid prototyping is nothing new for many manufacturers as it enables them and their suppliers to sidestep the often laborious and costly traditional processes.

“However, we’re starting to see signs that the technology is on the cusp of becoming mainstream, and companies need to understand the disruptions and the opportunities that it could create.

“There are core questions all manufacturers ought to be asking themselves if they’re looking to implement a 3DP strategy that could potentially expand their business and makes them more competitive in the marketplace.”

According to the survey, 25 percent of manufacturers are currently implementing 3DP technology for prototyping only, 10 percent are using 3DP for both prototyping and the production of final parts, and only one percent is using it for final production.

Almost half (47 percent) of the manufacturers surveyed identified the top barrier to implementing a 3DP strategy is the uncertainty of a 3D printed products’ quality, followed by lack of talent to exploit the technology (45 percent).