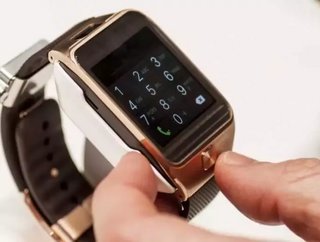 According to a recent study conducted on driverless car research and development, Samsung could be about to overtake Apple in the car technology sector...

According to a recent study conducted on driverless car research and development, Samsung could be about to overtake Apple in the car technology sector. The study even indicated that silent contender Samsung could beat other players in the driverless market including Tesla, Uber and Google.

The report by Thomson Reuters stated: “Samsung was responsible for initial surge in interest in late 1990s, and renewed their interest in the field before other companies began ramping up; Uber only has 12inventions in this study.

“Samsung has the largest and broadest collection of patents in the automotive field including a very large interest in batteries and fuel cells for next generation vehicles.

“Google also has a large number of inventions, but their portfolio is [more] skewed towards communications, device integration, and autonomous driving/drivers assistance than Samsung.”

There has been a significant increase in automotive related patenting in the last four years, but traditional car manufacturers are standing their ground and producing more patents than its tech counterparts.

General Motors, Toyota and Hyundai have developed the highest number of original technologies to make cars truly driverless. This suggests that in the future, car manufacturers and tech firms may form partnerships, rather than produce specific vehicles to sell as a brand.

While the world has gone crazy over Apple’s smartwatch Tim Cook’s mention of its CarPlay division could have wider implications for industry disruption. Cook announced that 40 different car models will have Apple’s technology installed in their dashboards, signalling carmakers' long-term commitment to the tech firm. He said that all ‘major manufacturers’ were behind the project. Apple's website lists Audi, BMW, Volvo, Mercedes-Benz, Jeep, Ford and Honda among its ‘committed partners’.

The CarPlay platform essentially mirrors an iPhone on a car dashboard display so the driver can see a simplified version of iOS 8 and use all the useful functions associated with the smartphone, without distracting them.

While some manufacturers will also offer Android info-tainment capabilities too, the move shows that carmakers are happy to let other brands take over a valuable aspect of the car that could have become an extra revenue stream for the firm.

Through these platforms, the likes of Apple and Google will be the gatekeeper of what is available through its connected dashboard, and the sole owner of drivers' data, taking valuable insight into drivers' preferences away from the manufacturer.