Tackling cyber security in the age of smart manufacturing 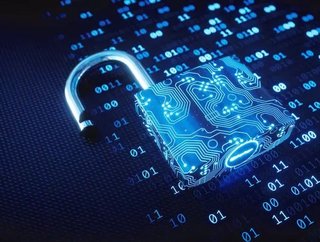 The global smart manufacturing market is booming, expected to grow over 15% annually for the next five years, reaching almost $480 billion by 2023. Bu...

The global smart manufacturing market is booming, expected to grow over 15% annually for the next five years, reaching almost $480 billion by 2023.

But while smart manufacturing is an overwhelmingly positive trend, allowing production lines to respond to real-time developments and keeping the sector relevant and efficient, there is one key obstacle. As the volume of smart tools on the factory floor increases, so does the chance of being a victim of cyber crime.

Cyber hacks are a continuous threat, with the UK’s National Cyber Security Centre revealing it dealt with more than ten attacks a week since 2016. Over 90% of UK businesses suffered some form of cyber security breach in 2017 and the manufacturing sector accounts for almost half of cyber attacks. With the introduction of connected cloud-based tools, smart manufacturing introduces multiple entry points that cyber criminals can exploit in a variety of ways, from low level data theft to taking control of systems – a real concern in an environment where technologies interact directly with physical operations.

Manufacturers must adapt their security approach to suit the age of smart manufacturing, ensuring they can harness the benefits such as streamlined production and increased efficiency, while minimising susceptibility to cyber crime. Here’s how:

Passwords are no longer sufficient to protect critical systems. If they are simple enough to remember then they are easy enough to hack, but if they are more complex they need to be recorded or communicated which presents opportunities for theft. A recent US government report outlining how easily weapons systems can be hacked revealed poor password hygiene, with multiple default passwords never updated by the Pentagon and, in one instance, a password was guessed in just nine seconds.

Instead of relying on passwords, manufacturers should consider biometric-based user authentication to give bespoke levels of access to specific individuals. By using details such as fingerprints, retina scans, and vein patterns that are almost impossible to fake but relatively simple for employees to present, manufacturers can dramatically increase the security of their systems.

Smart technologies are often introduced to factories gradually, making it difficult for manufacturers to gain a holistic view of all system entry points and to ensure these are protected. To minimise the risk of cyber security breaches, manufacturers must create a comprehensive map of all systems, the devices that access them, and the data that flows between them, which is updated on a regular basis.

This network must be monitored continuously to pinpoint and fortify potential weak spots and to identify unusual activity that may indicate a security breach. Manufacturers must also have a robust response plan in place should a cyber attack occur, and ensure this plan is effectively communicated throughout the organisation.

Installing the latest software updates as soon as they are released is vital to the integrity of all systems, whether those updates are scheduled upgrades or ad hoc patches created in response to specific threats. Ensuring systems remain up to date may sound like common sense, but failure to implement security updates is frequently a factor in cyber attacks, for instance a SingHealth server that was hacked in Singapore this year had no software updates for over 12 months.

Manufacturers might be understandably hesitant to install updates that require halting systems and downtime on the production line, alongside incurred costs and lost time such a delay entails. But doing so leaves them vulnerable to hackers exploiting known weaknesses in older versions of software, which could be far more costly in the long term.

Smart manufacturing is vital to maintain the relevance, efficiency, and productivity of the sector, and brings a wealth of benefits as long as manufacturers ensure their approach to cyber security evolves alongside these new technologies. It’s a serious business and shouldn’t be overlooked – but it also needn’t be feared. By locking down system access, continually monitoring all systems for potential threats, and implementing software updates as they are released, businesses are better prepared to thrive in an age of smart manufacturing.