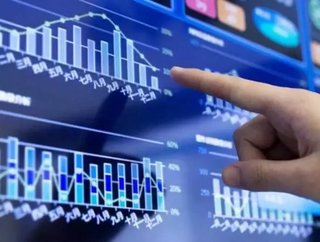 Back in 1964, when Black and Decker implemented the very first MRP system, there wasnt much choice in &quot;make&quot; versus &quot;buy&quot; of enterpr...

Back in 1964, when Black and Decker implemented the very first MRP system, there wasn’t much choice in "make" versus "buy" of enterprise software solutions. All of the early ancestors of modern ERP were homegrown systems and ran on mainframe computers. One by one, larger manufacturing enterprises developed and implemented MRP and eventually MRP II systems. Over the years their code base grew exponentially. New programmers using individualized coding style and data models were constantly adding new features and new functions. At some point, this did become problematic. The major benefit of these homegrown systems was they did contain logic proprietary to the enterprise that reflected the specific needs of the business and provided a competitive advantage.

By the late 80’s and early 90’s, there were many software vendors that had created generalized ERP that could handle the basic manufacturing model. Most manufacturing enterprises concluded that the cost to purchase these new systems was significantly less than what they would have to spend to port and maintain their mainframe systems to a more modern client/server platform using relational database technology. As a consequence, many manufacturers were willing (or forced) to give up some of their unique capabilities to secure the lower cost systems.

The framework of ERP, first discussed in 1990, embraced the make versus buy decision in ERP systems. However, most manufacturers abandoned their internal development efforts in favor a purchasing packaged solutions. Many did attempt to have either the software vendor or a systems integrator customize the purchased package. Most found that the customization was considerably more expensive than initially estimated and the result could be as challenging to maintain as their own customer solutions.

One of the early visions of ERP was the creation of the enterprise backbone. The objective was to allow different software vendors or internal development teams with domain expertise to plug in their software, use the enterprise data model and have a consistent look and feel so important to the enterprise. Unfortunately, not much happened with that vision. IBM made an early attempt with the San Francisco Project.  However, by the time IBM started to market the framework, most users had decided to purchase turnkey solutions.

The Enterprise ERP vendors dominated the industry. The framework took on the vision of the selected software vendor. Each had a slightly different focus on technology and user interface. The manufacturing user could insert some third party applications or enhancements into the framework, but it had to conform to the rules established by the software vendor and usually exhibited a foreign look and feel. The added challenge was that there was no guarantee that the next upgrade from the ERP vendor wouldn’t break their modified system.

Enter the World of Cloud ERP

Today, the enterprise backbone is finally beginning to reveal itself. The architecture of Cloud ERP products with their APIs and rigorous data models are providing new options to manufacturing companies.

There are several good examples of companies that are taking advantage of these new options. They’ve crafted hybrid solutions that integrate purchased software working with internally developed code. Those users have purchased financials, manufacturing, sales and marketing applications from enterprise software vendors and glued the functions together with their own user interface or custom application.

This option will provide a way for the manufacturing company to regain their ability to more freely conform their systems to their way of doing business.

As of this time, the leading vendor facilitating this approach is Salesforce.com.  Salesforce provides their CRM and Marketing software on their force.com platform. In addition to their own developed applications they market, via the Salesforce App Exchange, financial packages, manufacturing ERP and many other enterprise focused applications from third party vendors. These third party vendors use the same development tools used by Salesforce to create their applications. As a result, the applications from different vendors have a fairly consistent look and feel and play well with enterprise data model.

The key element facilitating a hybrid make/buy is that Salesforce provides the identical development tools to the end users as well. It is interesting to note that Salesforce does attempt to focus as much on the actual end user within the enterprise as the traditional IT shop.

For years, end users of enterprise ERP were forced to create sophisticated and complex Excel spreadsheets to supplement the ERP system to accomplish their tasks. Those spreadsheets were difficult to document and used data downloaded from the ERP system at a point in time. The results were emailed around the company. Salesforce has recognized that, by creating tools that end users can use, they now can create specific solutions within the framework of the enterprise systems.

While Salesforce may be leading in this segment, they do have some work to do.  Salesforce does rigorously enforce rules to assure the applications play nice on their platform.  These rules can be a challenge for developers building complicated applications like manufacturing ERP. Salesforce does not want any application to drag the Cloud into performance issues. As a result, they have created and maintained a fairly well run platform. They do take a somewhat laissez-faire attitude to the functionality of third party applications. As a result, the beginning enterprise data model via Salesforce CRM is extremely sales and marketing centric and falls short for complex ERP requirements. While the third party applications developers can extend that model to embrace the details of a manufacturing company, it still requires careful attention. We expect that, in the near future, Salesforce will recognize the advantages they are creating with an enterprise platform and take a more active role in defining the model and the interaction with third party applications.

Oracle has created a similar application exchange naming it the Oracle Cloud Marketplace. A search for ERP yields about 100 applications. The preponderance of the results provide connections to other ERP and CRM systems or provide small focused applications to round out their ERP offerings. As you would expect, Oracle is focusing on its ERP solutions that it is delivering from the Cloud.

SAP appears to focus on its Hana platform with their SAP HANA App Center. Filtering a search on the App Center for Automotive yield 310 solutions with a result showing solutions such as "% Agriculture Land in India" and "Airline Industry Infographic." It would be a stretch to relate many of the results with automotive solutions. SAP is in the very early stages of development, as clicking a link to a solution provides virtually no information on the solution. IBM, who has partnered with SAP, provides many of those point solutions.

We expect the marketplace will begin to mature rapidly when Cloud vendors realize what SAP learned years ago. When an enterprise, especially a manufacturing enterprise, makes a decision to install a new ERP system, they tend to keep and use that system for years. Many manufacturing ERP systems have been installed and running for over 20 years. Installing a new system requires major resources including the training of the entire organization that most companies do not want to undertake with any frequency. As a result, there is a long guaranteed cash flow for a company in the Cloud platform business.

As Director of CIM at Gartner Group, T. Lee Wylie created the concept of ERP to describe the evolution of MRP into next generation business systems. He held manufacturing and engineering leadership roles in General Motors and IBM. Wylie led the team that designed and developed the plant floor systems for GM’s Saturn startup. Mr. Wylie is the chairman of the ERP Executive Vision Council for Rootstock. He holds a BS in Industrial Engineering from Penn State and an MBA from the University of Detroit.