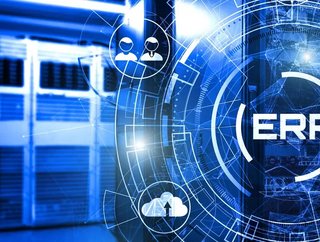 In a highly specialised industry with little room for error, enterprise resource planning software reduces the risk of failure

Upwards of two billion euros. That’s how much UK aerospace manufacturing, including launch vehicles, satellites, scientific instruments, ground-based systems, test and research equipment, and materials, is worth. In fact, Britain—with its typical English brand of innovation—represents about 5% of the global market, with strong ties to the European Space Agency and NASA.

But the space industry is also highly specialised. Many top innovators work out of university programmes and research organisations, use niche knowledge and have to adapt to the rapid deadlines of commercial manufacturing. As such, ERP (Enterprise Resource Planning) systems keep them on track.

But Really, Why ERP?

Prescribing tech solutions without valid cause is usually a path towards disaster. But let’s not dismiss ERP out of hand. First, aerospace development projects can take decades. Within that time frame, engineers might redesign their shuttle systems over and over, trying to achieve the optimum layout before the launch date. ERP systems can track changes and help aerospace teams recalculate delivery and supply dates, shift their contracting to smaller suppliers, and resequence their design steps.

Second, because aerospace supply chains are so specialised, they’re crazy complex. For instance, a niche supplier for tungsten wire might be located on the other side of the world. In this case, the fact that ERP makes firms create digital production plans is fantastic. You can (1) easily communicate with far-off suppliers and (2) update them on your delivery dates.

Third, aerospace manufacturing is unique in that it involves extensive, super-specialised testing techniques. Before you add a sheath of metal casing to your shuttle, you might need to test its strength under extreme conditions. Teams regularly subject their aero components to vacuum chambers, cryogenics, and acceleration testing—but in order to do so, they often rely on specialised contractors. In that regard, MRPeasy adds, ERP can help teams procure talent.

What Are the Benefits?

So let’s say you integrate an ERP into your manufacturing process. It promises to do the following:

But just for a critical lens, let’s take a look at the flip side. MRPeasy certainly has a slight positive bias, as it offers a user-friendly, cloud-based ERP software system for small manufacturers. So there must be something missing. Isn’t aerospace kind of a one-off deal? You build the craft, launch it, and wait for it to break through the atmosphere and call it a day.

Well, not exactly. Even ‘unique’ satellites need prototype models, and often, manufacturers will make several copies of a part or craft in order to test it prior to launch. In addition, there are cases in which aerospace orders are high-volume: for example, when OneWeb launched 146 small communication satellites into orbit with the support of the UK government.

While each small manufacturer must decide for themselves what’s right, ERP systems—according to MRPeasy—can present information in actionable ways to scientists who may have brains the size of planets but aren’t well-versed in how manufacturing operations work. The company adds: ‘ERP these days isn’t rocket science’.