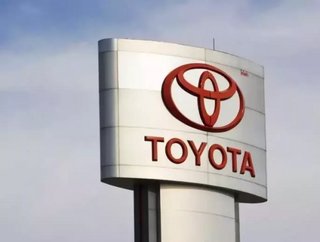 Toyota unveils revolutionary new manufacturing process that could change the face of the global industry.Toyota broke a two-year silence on a revamped m...

Toyota unveils revolutionary new manufacturing process that could change the face of the global industry.

Toyota broke a two-year silence on a revamped manufacturing process - built on sharing components among vehicles - that it says will produce half its vehicles by 2020 and slash costs.

Toyota said the first vehicle to be launched under the new program, known as Toyota New Global Architecture, will use a platform for midsize cars such as the Prius.

“This has been a period to rebuild Toyota’s development and manufacturing procedures,” Mr. Kato told a briefing at Toyota’s headquarters in central Japan. “The entire company is working on a structural reform so that we can grow in a more sustainable way.”

Toyota didn’t say how much savings the cuts are expected to deliver. However, the company did say that its modular assembly program will reduce costs in several ways. The introduction of smaller manufacturing lines, for instance, is expected to reduce initial plant investment by approximately 40 percent compared with 2008 levels, Toyota said.

Toyota said it plans to increase the use of same or similar components, regardless of vehicle size and styles, allowing it to order parts in bulk and save costs through greater economies of scale.

The automaker said it is also opening more business to suppliers outside the Toyota group, including European companies. For instance, German supplier Continental AG has recently started to supply Toyota with a new crash-prevention system, alongside Toyota group supplier Denso Corp., Toyota said.

In January, Toyota President Akio Toyoda said that Toyota likely would soon end its self-imposed three-year freeze on investment in new plants. Toyota executives and people familiar with the matter have said the automaker is considering investing in Mexico and China.