Will the UK accept Amazon Dash? 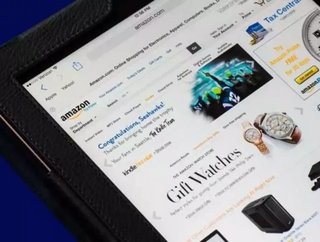 Amazon is attempting to do away with the tedium of ordinary shopping with the launch of its Dash program in the UK. Amazon Dash allows consumers to s...

Amazon is attempting to do away with the tedium of ordinary shopping with the launch of its Dash program in the UK.

Amazon Dash allows consumers to simply press a button when they run out of something, and 24 hours later the new provisions arrive at the door. Currently there are buttons for around 40 brands; customers buy the button – with the price knocked off the first purchase – then sync it with Amazon’s shopping app to set up delivery preferences. The button is connected to the person’s Amazon account via Wi-Fi, and triggers an order when pressed.

It is impossible to know at this early stage how useful or popular Dash will prove to be. Mark Skilton, a Professor of Practice at Warwick Business School and an expert on technology and IoT, made the following comment:

"Amazon is pushing hard to find ways to extend its formidable online marketplace with the ability to connect consumers in particular to its front end through mobile and other devices.

"The recent successes of Amazon Echo - its intelligent speaker - and Alexa - its speech recognition app - in the US has shown where voice activated services can really work well in a home or social setting.

"It's all about grabbing the attention of people. The Amazon Dash button is such a device to grab the moment: should you need to reorder items such as washing powder, food or other items you have ran out of, it's quick and easy, one press to setup and go. It is not the Amazon Echo/Alexa system as there is no interaction with the user but it’s another step in the direction to automation when this will be ubiquitous.

"To that extent I see the Dash button as only a temporary solution, but nevertheless a key step on the road to the connected world it promises, and of course more revenue for the likes of Amazon. It will be interesting how the other major retailers react to this.

"It is still the early days of what is called the 'Internet of Things', but it is going to be huge in the way everyday objects will become 'intelligent' and 'Smart' enabling interaction with people and between object to object 'talking' to one another to optimise various outcomes."