February was a slow month for UK manufacturing sector, but rise in oversea activity 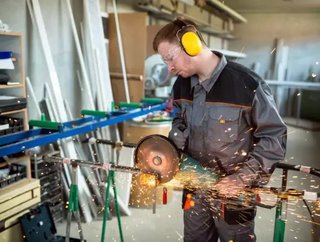 The Purchasing Mangers’ Index (PMI) for the UK’s manufacturing industry indicated that February was a slow month, with production growing at its slo...

The Purchasing Mangers’ Index (PMI) for the UK’s manufacturing industry indicated that February was a slow month, with production growing at its slowest pace for 11 months.

However, new orders accelerated at a faster pace then recorded in the first month of 2018.

The growth is anticipated to be linked to client sales in the US, China, Europe, Brazil, and East Asia.

Expansion rates in the industry dropped to a four-month low, but outlook and confidence remained high – 56% of firms predict output will improve this time next year.

“Production in the sector may be lagging compared to the closing months of last year, but UK manufacturing output remains in positive territory with demand still strong,” The Manufacturer reported Head of Manufacturing at Barclays, Mike Riby, stating.

“That said, although the sector remains positive, the continuing uncertainty over Brexit negotiations can’t be helping the investment intentions of manufacturers who are looking for some degree of clarity over the future relationship with the EU sooner rather than later.”

“Manufacturers will also need to remain flexible in their planning as they negotiate the uncertain market conditions in 2018.”