With A New Year Came A New Deal, And Many Woes for the UK 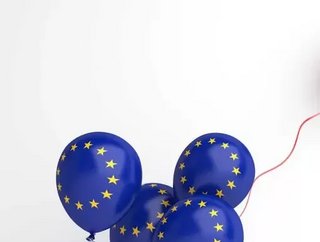 Highlighting the key points and implications of the UK’s new agreement with the EU for the manufacturing and supply chain industries...

2020 ended with a roar, as factories pushed out what they could before December 31rd, which marked both the end of the year that everyone wanted to escape and the conclusion of the Brexit implementation period.

On December 24th, Prime Minister Boris Johnson made a last-minute deal with the European Union. Effective as of 23:00 GMT on December 31rd, the agreement includes new regulations for how the two nations live and work together.

Although having an agreement in place squelched the fear of the cost of goods rising, this does not eliminate the possibility of tariffs being introduced in the future. None the less, this is great news considering the EU is the UK’s largest trading partner. The Department of International Trade reports that in 2018, 49% of the UK’s total trades were with the EU.

However, things aren’t all rosy, as the UK will no longer be following EU’s rules until a deal is reached, any pre-existing EU agreements that were not rolled over into 2021 will run under World Trade Organization terms. UK businesses will now need to comply with a different set of regulations for each individual country. The lack of harmonious product standards may complicate trades, requiring more checks such as customs declarations and safety checks, creating even more barriers to doing business with the UK.

And of course, with changing requirements comes the risk of delays as shipments arrive at ports lacking the necessary documentation. In fact, the increased bureaucracy has already started to discourage firms from doing business with the UK.

From the BBC, Bicycle part firm Dutch Bike Bits said from now on it would ship to every country in the world except the UK. "We are forced by British policy to stop dealing with British customers," it said on its website. Another firm, Belgium-based Beer On Web, said it was now shunning the UK "due to the new Brexit measures".

At the same time, international shipping companies including Federal Express and TNT have said they are levying additional charges on shipments between the UK and the EU.

Here are some of the key points from the 1200 page long agreement:

The BBC further summarises critical points of the agreement in areas such as the European Court of Justice (ECJ), security and data, travel, education, and fisheries.