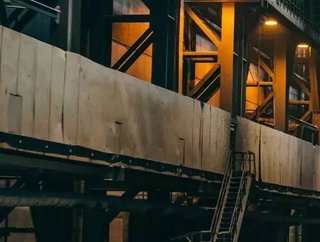 At a news conference held before signing the executive order, Biden said, "American manufacturing was the arsenal of democracy in World War Two, and it must be part of the engine of American prosperity now. That means we are going to use taxpayers' money to rebuild America. We'll buy American products and support American jobs, union jobs."

He went on to say, "I've long said that I don't accept the defeatist view that the forces of automation and globalization can't keep — can keep union jobs from growing here in America . . . American manufacturing was the arsenal of democracy in World War Two, and it must be part of the engine of American prosperity now."

The Biden administration's focus on US manufacturing and domestic supply chains will benefit established and developing minerals and metals sectors, including steel, rare earths, graphite and lithium. The return to American manufacturing will boost projects and increase demand for American made finished goods and raw materials, such as metals and minerals, and is being heralded by steel unions and associations.

"We are pleased by the President's action today," Steel Manufacturers Association (SMA) president Philip K Bell said in a statement. "Executive orders, rulemaking and Congressional legislation should continue to focus on enhancing 'Buy America' in ways that benefit American workers and companies."

"We are pleased that [the] executive order will tighten up the process for considering waivers to existing domestic preference requirements and will also increase domestic content requirements for defining what constitutes a product that is made in the United States," said Kevin Dempsey, president and chief executive officer of the American Iron and Steel Institute, in a statement.

It is hoped that the move signals Biden's intent to continue the protectionist measures his predecessor started and that helped to boost steel prices.