4 ways Elon Musk and Steve Jobs are exactly the same 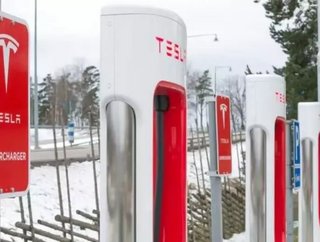 Elon Musk is credited with changing the face of automotive manufacturing, while Steve Jobs transformed the way we interact with technology in the 21st c...

Elon Musk is credited with changing the face of automotive manufacturing, while Steve Jobs transformed the way we interact with technology in the 21st century, but there is more to the likeness between these two billionaire businessmen than a bit of tech savvy and corporate vision.

They didn’t reinvent the wheel

Until Tesla came along, electric cars were little more than glorified golf carts. Most were lacklustre conversions of gas-powered cars, with poor performance, wonky design and limited range. Tesla changed the game. It released its first car (the Lotus-based Roadster) in 2008. Four years later, Tesla produced the Model S, a stunning machine that went on to win multiple car of the year honours – an unheard-of feat for an upstart company competing against car industry giants.

Creating a world-beating car on your second try is like taking up a new sport and winning the Olympics the next week. And it demonstrates the underlying value of Tesla as a company. Like Jobs did at Apple, Musk and his company completely turned the automotive industry on its head using readily available parts. Apple didn’t invent the graphical user interface or the digital music player, but it combined them in a magical new way, and transformed Apple into the world’s most valuable brand.

Musk and Tesla have followed a similar path. The electric induction motor, the lithium-ion battery and digital automotive control systems already existed, but Tesla used them in a new and unexpected way – and created a car that left legacy auto makers in the dust.

They focused on design

Gone are the days of vertically integrated manufacturing. When Henry Ford set up his gigantic River Rouge factory near Detroit, trains and ships delivered raw materials like steel, wood, and rubber to the factory gates, and finished cars rolled out the other end. River Rouge was filled with forges, saws, welding machine and smelting pots – this was a place that built a car from start to finish.

Today’s manufacturers don’t build their own parts. Instead, thousands of components and sub-assemblies are flown in from suppliers around the globe, and are assembled into finished machines. The real value of a modern manufacturing operation is the engineering and design departments that underpin it, and the software that animates it. That’s what Apple is based on; so is Tesla. Today consumers are willing to pay for superior products and brilliant design.

They don’t underestimate the power of branding

Tesla has created a car with an EPA-rated range of more than 400 kilometres, and superlative ratings from the National Highway Traffic Safety Administration, Consumer Reports and countless other impartial players. It has also built a fast-growing network of high-speed charging stations that demonstrate a genuine alternative to fossil fuels. Above all else, Tesla has created a powerful brand – a 2014 nationwide survey showed that the Model S was the Most-Loved Vehicle in America, and Morgan Stanley has called Tesla “the world’s most important car company.”

Apple too is one of the world’s most recognised and loved brands. When you buy a Mac or an iPhone, you are not just buying a device but you are buying into a lifestyle, a way of life. Apple (and importantly Steve Jobs) was the first company to achieve this level of consumer loyalty.

They are not afraid to rock the boat

If there’s anything we should have learned over the past decade and a half, it’s the power of disruption. In 1998, the founders of Google were working out of a garage in Menlo Park, California, and Yellow Pages ruled the world of search. Today Google is one of the most influential companies in the world and Yellow Pages fight to be ranked highly by the young tech firm.

Tesla has used the Silicon Valley marketing model. Build a premium product and get it into the hands of wealthy and influential early adopters, who evangelize your product. Sales increase, and profits are used to develop products for a larger market. As volume rises, costs fall.

Apple has done very much the same thing. You only have to look at the hype around new products to see that. So Steve Jobs and Elon Musk are probably more alike than you think!