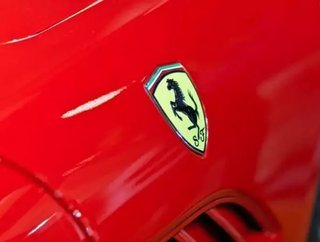 Ferrari has set its sights on becoming more than just a car manufacturer. The company aims to become more like Hermes and Prada by offering an entire...

Ferrari is about to become more than a luxury carmaker. Later this year the company plans to launch a complete lifestyle brand, which will include fragrance, clothing, accessories and more.

“Ferrari has all the elements to be considered a luxury-good manufacturer,” Chief Executive Officer Sergio Marchionne said at the Detroit auto show.

Following in the footsteps of luxury-product companies such as Prada and Hermes, Ferrari aims to boost its revenue stream considerably with the introduction of additional product lines. To make this possible, Fiat Chrysler plans to sell 10 percent of Ferrari’s shares to raise in the region of $5 billion.

However, there have been doubts surrounding Ferrari’s prospects of being rated as a luxury-goods company because of the higher costs of developing and manufacturing high-performance vehicles compared with making stylish handbags. Credit Suisse estimated Ferrari’s market value at 5.8 billion euros, while BNP Paribas said the company could be worth as much as 10 billion euros.

Even as a pure carmaker Ferrari has more potential and could “technically” boost production to 10,000 vehicles from 7,000 cars a year now, Marchionne said. That being said, Ferrari will always keep production below demand to preserve exclusivity, he said.

Ferrari was named the world’s “most powerful” brand last year by consulting company Brand Finance, beating even Apple. That kind of image will help Ferrari survive as an independent manufacturer, even in the auto industry where most luxury brands have sought shelter in larger groups like Volkswagen AG’s control of Bentley and Lamborghini.

“Ferrari is very strong and will manage to follow its way even alone,” Dieter Zetsche, CEO of Mercedes-Benz parent Daimler AG, said at the Detroit show. “The spinoff from FCA won’t damage the future” of Ferrari.

After listing 10 percent of Ferrari in the U.S., Fiat Chrysler will distribute its remaining 80 percent holding in the division to its own shareholders. Ferrari Vice Chairman Piero Ferrari owns the remaining 10 percent of the company. Along with the listing, Ferrari may sell bonds, said Marchionne, who is also the supercar unit’s chairman.