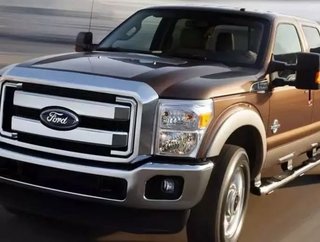 The five millionth truck came off the production line on Tuesday 8 October and was a ‘Vermillion Red’ F-250 SRW 4x4 crew cab Lariat model. According to Ford, it is bound for a dealership in North Carolina.

Ford cited IHS Automotive Polk data that says the Super Duty is the number one heavy-duty pickup truck, with a market share of 44 percent in the past year. The company said the truck was a market share leader for metal mining workers, law enforcement agencies and highway maintenance workers.

Ford is hoping to boost that capacity. In January, it announced an $80 million expansion project with plans for 350 new jobs. The new expansion and new equipment are expected to increase capacity by 15 percent.