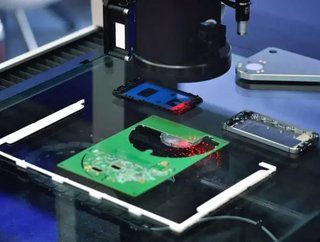 The contract manufacturer based in Taiwan, Foxconn, has announced its new business model, Reuters reported. The company, which is known for producing i...

The contract manufacturer based in Taiwan, Foxconn, has announced its new business model, Reuters reported.

The company, which is known for producing iPhones for the US-technology giant, Apple, wants to combine hardware and software in its integrated solutions, such as cloud computing.

The news was announced on 6 June at the launch of Foxconn’s three-day-long event to mark having worked in China for 30 years.

The firm has worked with autonomous vehicle startups as well as producing display screens following its Sharp Corp acquisition.

The firm has made several other deals recently, such as Sharp’s plan to acquire Toshiba Corp’s personal computer unit for US$36mn.

The new business model follows the news that Foxconn’s stock had fallen by almost 20% since the end of 2017.

“We have built data centers for many of our customers, but we're not known to provide data center services,” Louis Woo, Special Assistant to Terry Gou, Chairman of Foxconn, informed Reuters.

“In the future since we're having all these pieces, we can put them together to provide a technical service to a business customer.”