Getting on course after onshoring 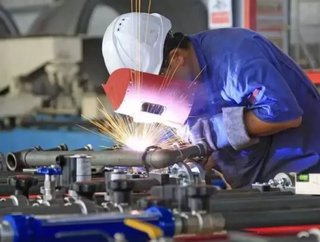 Late last year, a study by Lloyds Bank predicted that Britain’s car manufacturers will create 50,000 new jobs over the next two years as they bring production back to the UK in a bid to create more reliable and shorter supply chains. In a poll questioning car manufacturers and their supply chains - ranging from SMEs to industry giants such as Jaguar Land Rover - 70 per cent said that they plan to ‘onshore’ more of their production during this time.

Likewise, in last year’s State of the Union address, President Obama said that 50 per cent of American employers were considering returning to the US. He picked out one particular company to praise for taking 100 jobs back to Milwaukee from China; a drop in the ocean, maybe, but indicative of a trend that’s clearly gaining momentum.

It’s a major turnaround from a decade or so ago when offshoring became popular throughout the manufacturing and services industries. Then there were reports of overheads cut by around three-quarters – and once a few big names made the move, others believed they had to follow to remain competitive.

But the promise of offshoring appears naïve these days. Inevitably wage bills in fast-developing countries such as Brazil, India and China began to increase; at one point the cost of Chinese labour was rising 20% year on year. Other overheads, such as the need for management teams to oversee all offshore operations and to navigate regulatory requirements, began to erode profits further.

This all changed the cost-quality balance. The maths no longer worked, but it wasn’t all about costs. Entwined with this was the challenge of protecting intellectual property. Not only was it getting more expensive to manufacture abroad, but ideas were being stolen and copies made, crowding the market and diluting the brand. One by one the large names in business industry began to return.

Many manufacturers also recognised the need to be closer to markets and their suppliers, as well as to centres of research. These days, customers are demanding faster responses and more flexibility from suppliers. Agility is the new industry byword. But it’s virtually impossible to be agile when production facilities are half way across the world.

Hard lessons have been learnt, but the problems that caused offshoring in the first place still haven’t gone away. Manufacturers now need to absorb the increased costs of onshore labour and government incentives alone won’t do this. Consequently they are, for example, looking for other ways such as increased automation and advanced robotics. They are also using every means to reduce waste, energy and materials, introducing disruptive technologies such as 3D printing and gaining increased insight through connected sensors and big data analysis.

It’s all leading to operations that are far more interconnected, complex and data-driven than ever before.  According to a report by UK Government Office for Science, The Future of Manufacturing, although manufacturing has traditionally been understood as the production process in which raw materials are transformed into physical products, it’s now clear that physical production is at the centre of a wider manufacturing value chain. Manufacturers are increasingly using this to generate new and additional revenue, with production playing a central role in allowing other value-creating activities to occur. This typically involves supporting or complementing products. For example, even as far back as 2009, Rolls Royce was reporting that almost half its revenue (49%) came from services.

Deloitte backs this up, stating in 2013 that: “The world is in the midst of a paradigm shift in the 21st century – one that integrates diverse sets of ideas, products and services globally through the lens of highly complex, integrated and self-morphing resource webs.”

So not only are the processes individual organisations becoming far more interwoven, there’s also a growing trend for clustering to further strengthen innovation and efficiency. This could tangle processes even further, if not carefully managed. It is all leading to an urgent need for over-arching control and information enabling leaner workflow and agility across all functions including production, warehousing, projects, asset management, change management, demand forecasting and servicing.

Put simply, never before has it been more essential to ensure that ERP systems are optimised to provide the information needed to achieve this across an entire organisation and its partners, where appropriate. Thankfully, the vendors of industry standard solutions are adding to their capabilities all the time. A newly-published report by Forrester into the future of ERP, Global, Industry and Technology Forces Shape the ERP Landscape, charts the way the technology is changing accordingly to meet these new challenges.

The report points out that traditionally, ERP has stayed true to its name and has been used as a tool to plan operations in terms of process management and cost retrenchment. However, more recently vendors are taking a more creative approach by incorporating more up-to-the-minute capabilities to enable new business models and revenue streams.  But a ‘one size fits all’ approach is no longer adequate. The right implementation partners can help fill in the gaps of industry standard solutions to tailor them to specific industry needs.

These advances mean that even those organisations already running ERP will benefit from upgrading. Research company, the Aberdeen Group, has recently found that the average ERP in a mid-sized organisation is more than seven years old. Yet, think how much has changed in the industry during that time.

Businesses are no longer as straightforward as they used to be. They may be running projects across multiple international borders and legal systems. They may have some products that are process orientated and others that are discrete. They need to be able to plan across all these different boundaries and models by having access to this real-time integrated data.

An onshoring company will need to keep a very tight control of its margins, so must measure the impact of every new activity on the entire organisation. If a business is making a transition from selling products to selling services, the products that they manufacture now become assets and those assets now have maintenance programmes, new revenue buckets and streams attached to them. These all need to be assessed and controlled, with a centralised source of constantly updated data.

Most manufacturers have learnt from their offshore experience, but moving back will mean taking advantage of every new technological advance to maintain their profitability. As many depend upon ERP to run their business, it stands to reason that upgrading or tailoring to optimise the system will help them achieve this. It’s no good relying on technology built to address the problems of the past when the future looks set to be so complex and demanding.