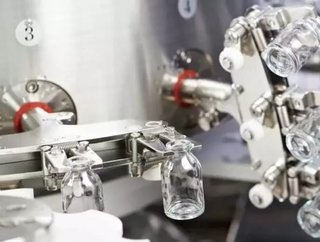 Indias Glenmark Pharmaceuticals, one of the global leaders in pharmaceutical manufacturing, is planning to build a $100 million state of the art facilit...

India’s Glenmark Pharmaceuticals, one of the global leaders in pharmaceutical manufacturing, is planning to build a $100 million state of the art facility to serve the United States market.  Glenmark is hoping this move will help them shed some of the negative publicity that Indian pharmaceutical companies have received this past year due to quality issues.  It is also hoping to solidify its future growth strategy, the Times of India reported.

This will be Glenmark’s first American manufacturing facility.  The company already boasts roughly $65 billion in U.S. generic drug sales and six research and development centers.  They currently operate 14 manufacturing facilities in four countries, including a new antibody facility in Switzerland that opened in June.

“The U.S. is a key market for Glenmark, and it’s important to have a manufacturing base here to serve its growing business,” a Glenmark official told the Times of India, adding that a specific location has not yet been determined.
Glenmark is not the first Indian pharma business to come to America.  Several companies have already opened plants in the United States or have acquired American companies.

Mumbai-based Wockhardt opened its New Jersey based facility in 2004, back when it only had three FDA-approved products under its belt.  The company has seen significant growth since then, particularly at that facility, which now represents over 41 percent of Wockhardt Ltd.’s global business.  Wockhardt has more than 257 NDC’s spanning over 66 different product families.
Sun Pharma’s United States Subsidiary Caraco Pharmaceuticals has launched seven new drugs in the past three months including generic versions of Ticlid(R) and TEMODAR(R).  Indian companies Ranbaxy and Dr. Reddy’s have also capitalized on U.S.-based manufacturing facilities.
A number of Indian companies operating in America have had their share of trouble with the United States Food and Drug Administration, including Ranbaxy, whose exports to the U.S. have been banned since 2008.  Last month, Dr. Reddy’s was forced to recall 13,000 bottles of its hypertension drug because it failed dissolution tests.
“Due to quality issues, more domestic companies are trying to de-risk strategy by looking at setting up facilities close to the U.S. soil, in Canada and Mexico,” Sujay Shetty, leader-pharma, PwC India, explained. “Now, with technological advances and other government incentives, the cost of manufacturing in the U.S., particularly injectables, has also been reduced, which is a big draw for these companies.”