The global map for manufacturing is being re-drawn - yet again 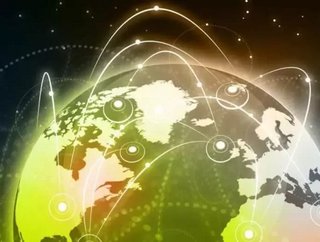 Just a few decades ago the buzz was all about &#39;off-shoring&#39; - where manufacturing moved to cheaper cost bases such as China or Latin America. T...

Just a few decades ago the buzz was all about 'off-shoring' - where manufacturing moved to cheaper cost bases such as China or Latin America.

Then came something of a reversal with 'near-shoring' - of companies returning production closer to home markets such as the United States as the price of fuel and labour rose elsewhere.

But in today's globally connected economies, it's about much more than just cost. Now the balance of manufacturing is shifting - yet again.

Next-shoring – not moving manufacturing from one location to another, but “adapting to, and preparing for, the changing nature of manufacturing everywhere” is the new frontier, as a recent McKinsey report says. The difference is that today's revolutionary shift isn't a matter of geography, nor is it a competition between countries or continents. It's a trend to something much greater and far more complicated - a trend of shifting mindsets, of access to innovative manufacturing techniques, of thinking beyond the basic numbers and coming up with the most efficient supply chains.

In short, it's about how companies need to look at the big picture to make better business decisions. That's something we do every day at FedEx as we help customers find creative and effective supply chain solutions to get their goods and products across the globe.

Because we transport by air, land and sea, FedEx bears witness to the global trends affecting all kinds of industries.

We've seen a growing trend in our own business towards the greater use of ocean as part of our shipment solutions, not just the air express we pioneered and are known for. Across the 220 countries and territories we operate in, we've also witnessed underlying shifts in global wages, purchasing power and energy costs.

So where to set up a manufacturing base is no longer a straightforward calculation for many companies.

Within Asia, manufacturing is shifting to central and western China, to Vietnam, Malaysia and Indonesia. At the same time, China is no longer just a factory floor – it’s an innovation powerhouse that’s moved from the origin, to the centre of the supply chain.

In the UK, the importance of trade with Asia, especially China, was acknowledged in this year’s budget with the Government pledging more money to UK Trade & Investment (UKTI) to support SMEs looking to do business there.

Emerging markets as a whole are forecast to grab a 66 percent share of global demand by 2025.

So for some industries, it can make more sense to keep production in emerging markets in Asia, rather than the U.S. or Mexico, so they are near the huge consumer markets of China and India. Yet Canada and Mexico can still be seen as attractive options for manufacturing for the same reason - their closeness to the vast market that is the USA - and the accompanying advantages of the North American Free Trade Agreement (NAFTA).

Some companies want close language and cultural connections to the place they set up factories; others want control over their business that only proximity can provide.

Crossing borders is also an obstacle for some; though it doesn't have to be. FedEx works with countless customers to expedite customs clearance and ensure import/export rules and regulations don't impact their operations, even if they are far from a firm's HQ.

But it's not a one size fits all. China might offer economies of scale and a large labour force, such as being a leading producer and marketplace for the auto industry. Yet countries such as Mexico and the UK also offer the advantage of skilled labour in this sector - and the Nissan plants in Aguascalientes in Mexico and Sunderland in the UK are good examples of why manufacturing won't always conform to the same global criteria when choosing locations.

Innovative technology will also play a key role in the future of manufacturing, and where it's located. McKinsey cites the advance of 3D printing as an amazing way that companies could actually replace traditional suppliers of parts with targeted usage of in-house printers.

Others are working on greater visibility of the best solution for manufacturers, and how to piece the complex global picture together. A software tool called the Cost Differential Frontier developed by the University of Lausanne and supported by the US Department of Commerce helps companies figure out the best place to locate by comparing labour, trade financing, regulatory compliance and shipping costs, as well as issues of oversight and political and security risks.

Whatever the solution, it's about taking advantage of access to global connections in many different parts of the world.

The days of simply assessing cheap versus expensive labour costs are long gone. For most companies, 'next-shoring' won't be just one thing to consider, but many.

Modern manufacturers want variety and flexibility in their supply chains, which in turn require multiple and cost-efficient connections to the diverse, demanding and truly global customers now being served.