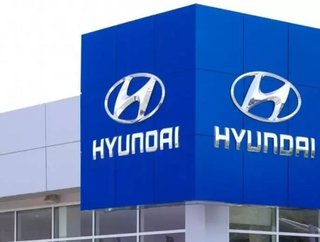 South Korean auto manufacturer Hyundai has announced its plans to build vehicles in South Africa.The companys local representative has confirmed it will...

The company’s local representative has confirmed it will assemble light delivery vehicles in Gauteng beginning next year and may eventually manufacture cars in South Africa.

Although their sales records remain undisclosed, Hyundai is generally considered a strong third in the South African new car market, just behind Volkswagen and Toyota.  Hyundai is also a growing presence in many African countries; in Angola, the company is a market leader.

Hyundai’s Korean parent company has repeatedly stated that there is no need to build in Africa and that it is more cost-effective to supply Africa with vehicles from existing plants.  In addition to Korea, Hyundai has operations in North America, India, the Czech Republic, Pakistan, China and Turkey.

Hyundai South Africa managing director Alan Ross confirmed that the company was establishing a factory in Benoni.  The factory would produce 500 to 600 delivery vans per month, mostly from imported kits.

Assembly will begin in January.  If the venture proves to be a success, the company will increase their local content.

The IDZ is currently home to 16 component makers servicing Mercedes-Benz’s East London assembly plant.  The IDZ floated the multi-brand idea in 2010 upon the government’s announcement of the 2013-2020 automotive production and development program.  Under the terms of this program, assembly plants are required to build at least 50,000 vehicles a year to access production incentives.

Tembela Zweni, IDZ’s executive manager, said that the group hoped to attract three or four companies to build about 80,000 vehicles collectively, with hopes of beginning production within the next year or two.

Although Hyundai has not confirmed any involvement, Ross said, “It’s possible.  Hyundai has been to see them.”

A report published earlier this year by international business consultants PwC and KPMG said that while South Africa’s motor industry is expected to expand, it would be overshadowed in the near future by activities in other countries.

Within the global motor industry, four emerging countries—Brazil, Russia, India and China—are set to build 45 percent of the world’s cars by 2020, according to the report.

Africa has more than a billion consumers eager to raise their current standard of living, but the continent is fragmented and lacks any economic consistency.

PwC and KPMG said this could be why Chinese and Indian motor companies were downgrading their investment commitment to South Africa after initially lauding it as the gateway to the continent.

According to KPMG’s Global Automotive Executive Survey, “South Africa has lost its position as the third-most important (emerging) market for ambitious BRICS auto makers, replaced by Russia and Brazil.”