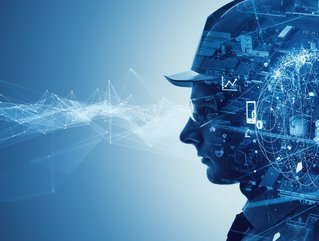 There is so much to be excited about with Industry 4.0, here’s a timeline of the previous Industrial Revolutions.

The first of many revolutions began in Britain and saw items being manufactured in bigger quantities in factories and by machines. These machines were powered by water or steam.

The most pivotal inventions which came out of the first Industrial Revolution include:

The production of cotton cloth became a huge industry in Britain, replacing wool because it was easier to manufacture clothes from. However, someone had to pick the cotton, which was gruelling work. The Atlantic slave trade was already at work and offered a cheap solution for cotton manufacturers. People from Africa were abducted and taken to slave plantations in the Caribbean, where they picked cotton which was then exported to Britain.

Also known as ‘The Technological Revolution’ the Second Industrial Revolution started in the USA. Greater technological advancements led to more efficient manufacturing and these three inventions which we still use daily:

As with the first Industrial Revolution in the previous century, factories in cities offered jobs and people relocated from the country to far less pleasant conditions. While slavery was now illeagal, child labour laws did not exist and many worked 12 hour shifts. Women also entered the workforce, but were paid less than their male coworkers.

Sometimes called The Digital Revolution, this was a time where inventions for electronics changed the way we viewed the world and each other.

The top three inventions of the Third Industrial Revolution include:

The Universal Declaration of Human Rights was adopted by the United Nations General Assembly in 1948. This backed fair wages and safe working conditions, as well as guaranteeing all humans protection from slavery, but this was not universally put into practice. Businesses based in countries with strict social laws could send their production to countries which did not and manufacture more items at a smaller cost. This led to China rising up as a manufacturing powerhouse in the 1970s.

In 2016, Professor Klaus Schwab, the Founder of the World Economic Forum, suggested that we were at the start of a new Industrial Revolution: industry 4.0.

Some of the inventions which will change humanity the most from this modern wave include:

Yet despite all of this progress, many people in the world are living and working in dire conditions, as experienced in the ages of the previous revolutions.

Millions of people are starving in Afghanistan, with some selling kidneys or their own children to buy food. In Africa, the illegal slave trade continues at the highest rate in the world.

In addition to all of that, war continues to plague progress and the planet has the additional problem of climate change, in part caused by the past Industrial Revolutions. Rising sea levels are leading to islands becoming permanently flooded and soaring temperatures cause drought and chaos in agriculture, as well as many deaths.

Perhaps, with Industry 4.0, humanity can reverse this.