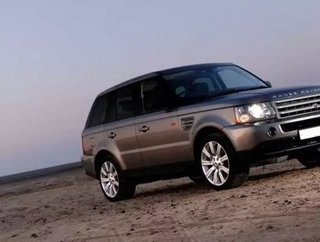 The two manufacturers will work closely along with Coventry council, Milton Keynes council, the University of Oxford, the University of Cambridge, the Open University, AXA insurance and other companies as part of the consortium called UK Autodrive, which won the Government's £10m ‘Introducing Driverless Cars’ competition.

Introducing Driverless Cars will see a semi-autonomous Range Rover tested in real world conditions. Autodrive UK says the aim of the project is not full autonomy, but rather a passenger vehicle that is capable of being autonomous for part of the time.

The group will also develop and evaluate lightweight self-driving pods designed for pedestrianized spaces. JLR researchers will then help develop the Human Machine Interface (HMI) strategy and lead the real-world trials of these technologies also.

The group has also been tasked with carrying out a number of feasibility studies in order to provide insights for vehicle manufacturers, cities, commercial operators, legislators and insurers to develop the legal framework for the rollout of autonomous mobility.

Tim Armitage, UK Autodrive Project Director, Arup, said, “The UK Autodrive consortium brings together world-class expertise that will help the UK position itself as a leader in the development and adoption of autonomous driving technologies.”

Dr Wolfgang Epple, Director of Research and Technology, Jaguar Land Rover, said, “To successfully introduce driverless cars, we actually need to focus on the driver, as well as pedestrians and other road users.

“So we are researching the HMI in cars and self-driving pods to ensure all road users understand, accept and support these new and exciting technologies. We need to give everyone the confidence that a car or pod driving around with little or no human input is a safe, viable and rewarding experience.”