Just, the vegan food firm, is to open a manufacturing site in Asia 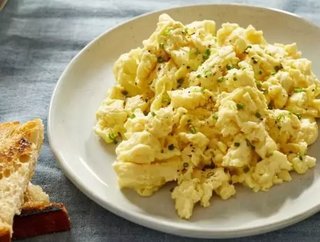 The vegan food startup, Just, has announced plans to open its first manufacturing facility outside the US. The firm, formerly known as Hampton Creek, p...

The vegan food startup, Just, has announced plans to open its first manufacturing facility outside the US.

The firm, formerly known as Hampton Creek, plans to open a manufacturing site in Asia by the end of the year.

“If we were starting the business from scratch we’d probably start in Asia,” the CEO of Just, Josh Tetrick informed Foodnavigator-Asia.

“If we look where the demand is likely to be, where food security is the biggest concern, and where cultural connection to our products could be the highest, then that could be Asia.”

The billion-dollar startup aims to expand its products to Japan, China, and Singapore.

Asia has become the brand’s focus for expansion due to its concerns for food security and influence on food culture. Several big investors in the firm are also based in Asia.

The startup’s cannon of products feature a cohort of dressings and condiments, including Just Mayo, and Just Ranch, as well as sweeter alternatives like Just Cookie Dough.

The firm has recently launched Just Scramble – a vegan alternative to eggs created from mung beans.

The expansion follows Just’s statement to “do everything they possibly can every single day to increase the probability that, before we die, a fair, honest and just food system is the food system in every community”.