Lamborghini to begin manufacturing outside of Italy by 2017 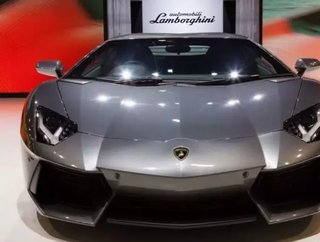 Luxury automaker Lamborghini has reached pre-recession level sales following the launch of its V12 Aventador model and successful expansion into Chinese and Indian markets. The carmaker is also expecting a further spike in sales following the recent launch of the Huracan – a vehicle that already has 3,000 orders in the bank – and its new SUV, the Urus.

The Urus, which is still officially awaiting approval from Volkswagen Group, will likely enter production in 2017 and is expected to double Lamborghini sales.

Lamborghini president and CEO Stephan Winkelmann said, “We are working on an SUV and this is one of the things which is paramount for the future of the brand and the company as well. It means doubling our sales and is a huge investment. We don’t have the green light yet from the Volkswagen Group. We think that this is a very credible car. It’s a good thing for Lamborghini to be in.”

The target for the Urus is sales between 2,500 and 3,000. Being such an exclusive carmaker, this begs the question, is there sufficient capacity at the Sant’Agata Bolognese factory in Italy to product the third model? During at interview with CarAdvice, Winkelmann alluded to the fact that the vehicle could be manufactured outside of Italy – news that may come as a shock to Lamborghini fans.

This means the Urus could become the first Lamborghini to be built outside of Italy. There is no news regarding where manufacturing could be located, however the logical option would be Volkswagen Group’s Slovakia plant, which will produce the next generation Cayenne, Touareg and Q7 SUVs.