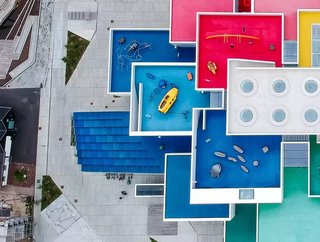 In his early years, LEGO founder Ole Kirk Kristiansen faced his fair share of challenging crises and misfortunes, some of which had him on the verge of hanging in the towel.

What today has been named ‘toy of the century’ twice could have been a footnote in history. But how did it all start?

1916, aged 24, Kristiansen brought Billurd Joinery kick-starting his career in carpentry and joinery. For many years, Kristiansen tried his hand at the industry, transitioning from the likes of doors, windows, and agricultural tools, to building larger projects such as churches, houses and farm buildings, his dedication to first-class quality craftsmanship driving him.

However, in 1929 the Wall Street stock market crashed. With a large proportion of his customers being from the agricultural industry, Kristiansen was forced to reflect on his business.

“I looked to the future with hope. But within two months, my world was tumbling. There was a crisis in farming, but as we owed our living to the smallholders and farmers, we were also affected. We were in a difficult time – but it was as well that we could not see what lay ahead. During the summer, we were asked to make toys for Jens W. Olesen, Fredericia, and as we had no other work, we looked on it as a gift from God,” said Kristiansen in his memoirs.

At a crossroads, Kristiansen had to choose between pursuing the manufacturing of toys or returning to his old craft.

In 1934, backed by The National Association for Danish Enterprise (Landsforeningen Dansk Arbejde), Kristiansen pursued his career in toys - despite facing opposition from family members - showcasing his wooden toys at the Danish trade fair in Frederica. As such, the LEGO Group was born.

In 1942, following the death of his wife, the outbreak of World War II and a second workshop fire, Kristiansen was ready to abandon the business. But with his strong determination and the help of Vejle Bank, it became possible to build a new factory that was much more modern and could mass-produce the toys.

The Beginning of the LEGO Group we Know and Love Today...

At the end of World War II, Kristiansen began to find it increasingly difficult to source quality beechwood for his toys. Committed to new trends, and despite initial opposition from his son, Godtfred Kirk Christiansen, invested in a plastic injection moulding machine in 1947.

Two years later, in 1949, LEGO’s first primitive bricks known as ‘Automatic Binding Bricks’ hit the markets, laying the foundations for the LEGO bricks that millions of children (and adults too!) build and play around the world.

History of the LEGO name: deciding that the company should have a more catchy name than Billund Maskinsnedkeri (Billund woodworking factory), Kristiansen combined two Danish words LEG GODT - meaning ‘play well’ - to produce the LEGO name, placing emphasis on developing children’s play, and focusing on quality. It was not until much later that it was realised that LEGO in Latin means ‘I put together’.