The 'Made in India' manufacturing campaign: Is it India's time to shine? 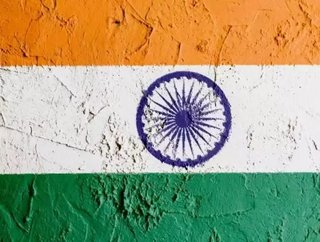 Flanked by some of India’s wealthiest businessmen, Prime Minister Narendra Modi launched a brand new marketing campaign on September 25 entitled ‘Made in India’ to entice investment and promote the nation as the world’s next cheap labour economy.

Modi gathered together hundreds of diplomats, business leaders, journalists and ministers and published the event live across India and to diplomatic missions abroad in a mid to prove that labour intensive manufacturing could blossom in India. The slick campaign also came complete with a website and logo depicting a prowling lion, and is as much an advertisement as a promise to streamline bureaucracy and become more investor friendly.

“The whole world is ready to come here,” Modi said during the event.

He portrayed India as offering democratic values, a demographic dividend of a growing and youthful population and strong demand. “If there is any country in the world where all these three things are present, it is India.”

One thing India certainly has going for it is a growing population – 1.2 billion and counting. In fact, India needs to create lots of jobs - perhaps one million additional ones a month - if it is to employ its booming population.

One speaker at the event suggested that 90 million manufacturing jobs could be created in India over the next decade alone, which is good news for the country that will see some 13 million young people join the workforce each year.

There have been recent signs that the Indian economy is picking up, however growth rates remain far below the 8 percent levels achieved over a decade until growth started slumping two years ago. For many Indian’s a full-time job is still unachievable, more than 700 million people in the country still live in poverty and its infrastructure is badly in need of updating.

Since becoming prime minister four months ago, Modi has been relentlessly promoting India as the world's next manufacturing powerhouse - a title long held by China, which is now growing wealthier and working towards becoming a consumer economy. A stronger manufacturing sector could help in a host of other ways, suggested speakers, linking India into global supply chains, boosting exports, helping to reduce the current-account deficit and so on.

And Modi himself echoed this sentiment, “I want Indian companies to become multinational and to expand their reach to various parts of the world,” he said, just hours before departing for the United States where he and President Barack Obama will meet over an agenda that includes boosting business ties.

Modi means business, that is clear to see, however he is also realistic about the need for India to develop if it is to become the global nation he envisions. He spoke of an urgent need for skills development as far too many of India's youngsters are poorly prepared for globally competitive work and identified 21 critical areas for industrial development. He spelt out how infrastructure would improve and emphasised the need to make India a far easier place to do business by scrapping red tape and oppressive rules. “Here is a government that is dedicated to development,” said Modi.

Businesses leaders praised the Make in India campaign, with tycoons including Reliance Industries Chairman Mukesh Ambani and Tata Group boss Cyrus Mistry attending the launch event alongside Modi. They urged his government to cut red tape and simplify the taxation regime for companies. “What is being launched today is actually going to be the next growth driver for India,” said ICICI Bank CEO Chanda Kochhar.

To conclude, essentially Modi wants to build confidence and trust, to make India a less hostile place for investors, both local and foreign and to boost the manufacturing sector dramatically to bring investment and growth to the country – an honorable and ambitious campaign.