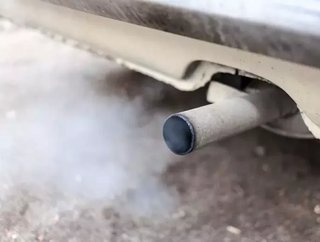 According to PA Consulting Group, Ford, BMW, Volkswagen, Fiat Chrysler, Peugeot Citroen (including Opel/Vauxhall) and Hyundai-Kai, are likely to miss their 2021 emissions-cutting targets, which will leave them owing billions in fines.

PA’s annual forecast shows that car manufacturers face the reinvention of their industry as they need to reduce CO2 emissions to meet the EU’s fast-approaching 2021 target. There has been a swathe of government announcements regarding the banning of internal combustion engines as early as 2025 in Norway and the Netherlands, and by 2040 in Britain and France. A similar ban is on the cards in Germany and China.

The data shows that only four out of 11 car manufacturers are forecast to meet the target, while the rest will face penalties of 95 euros for every gram of CO2 above the limit, multiplied by the number of cars they sell in 2020.

Volkswagen is expected to face the biggest fine – 1.7bn euros. Fiat follows with 1.2bn. Volvo, Toyota, Renault-Nissan, and Jaguar Land Rover are expected to meet targets, however, and have experienced huge improvements company-wide.

With nations like Norway leaving the way for low emissions and electric vehicles, the UK is lagging behind, appearing at the bottom of the scale due to its historical reliance on conventional engines.

Thomas Goettle, head of automotive, PA Consulting Group says: “Carmakers across Europe need to make radical changes in order to meet the EU CO₂ emissions targets for 2021. Many of them need to focus now on developing new models that will appeal to the consumer and help them meet their targets. There is nothing less than a revolution facing the car industry and those manufacturers who fail to keep up face potential fines in the billions.”